The Sacramento Business Journal today featured an article on the proposal by developer Paul Petrovich for a shopping center at the SW corner of Howe and Fair Oaks Blvd. Petrovich's "The Boulevard" is billed as a site located at the intersection of two major streets -- one of which crosses the American River -- and amidst thousands upon thousands of people and close by many people who are well-off (see Graphic #1). The "Arden Creek Town Center" site by development company Merlone Geier at Watt and Arden is described as essentially the same (see Graphic #2), except:

The two proposed retail centers are close to each other and both seek to capture sales from the fairly well-off disposable incomes found in their overlapping market areas. There really isn't much difference between the two market areas, yet the proposals have very different perspectives. Merlone Geier's concept is fast-food-auto-oriented and not "upscale", whereas  Petrovich's seeks more "upscale", patio-dining-oriented tenants.

There IS, though, one major difference between the two sites. Although it is immediately adjacent to Arden Arcade, the Petrovich site is in the City of Sacramento, which is governed by a City Council that has been trying to re-brand Sacramento as a cool, trendy kind of place, i.e. they have "a vision". The Merlone Geier project is in unincorporated Arden Arcade, governed by a Board of Supervisors that seems unable to articulate an inspiration for our community, as demonstrated by the Supervisors' palpable sense of relief whenever a developer offers ANY proposal -- no matter how un-cool or old school, whether constituents want it or not. 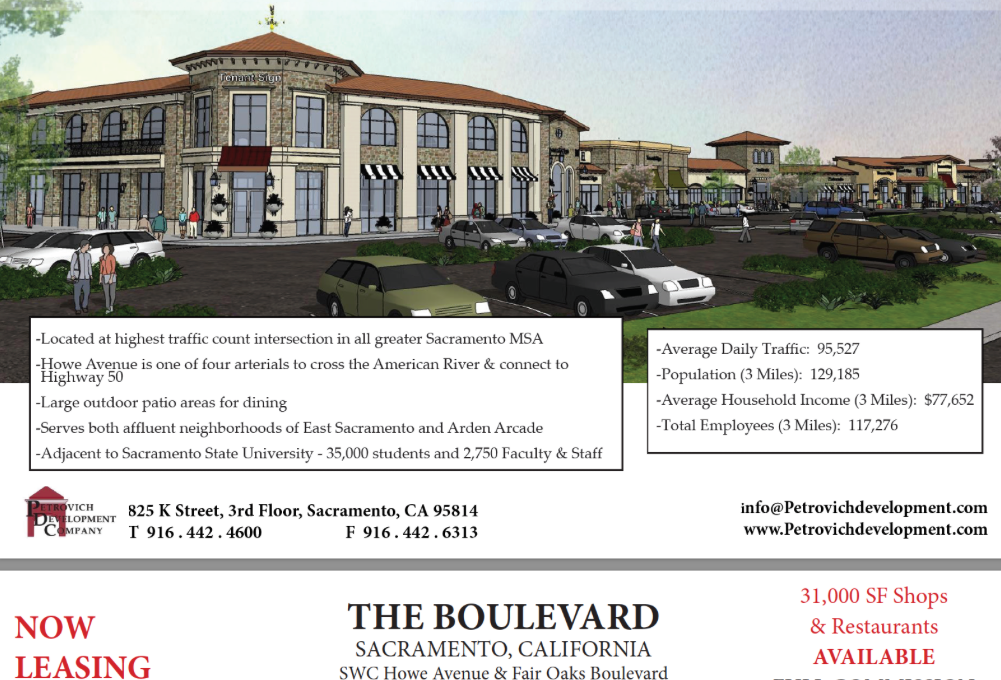 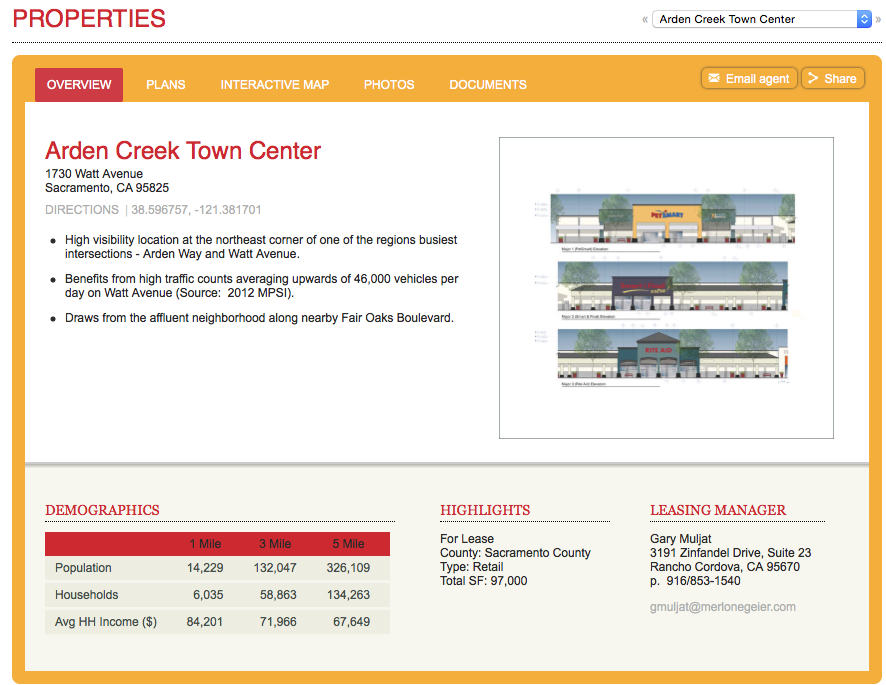