Arden Arcade isn't some kind of pastoral setting with more cows than people. It's been fully built-out for over 60 years. In round figures, it has 100,000 people packed in at 6000 people per square mile. In 2009, when told the community remained unincorporated as though it was still a rural area, a person who grew up in Arden Arcade and moved away in the 1970s said, "That's ridiculous. It's old, it's established and they sell cars." The pages below provide some data-driven reality checks. 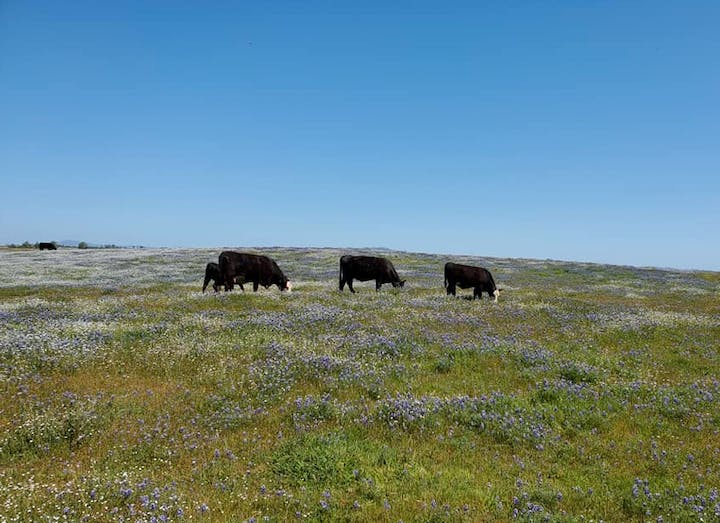 Look at this photo. It perfectly captures the attitude that the policy set of the State of California has about unincorporated areas: 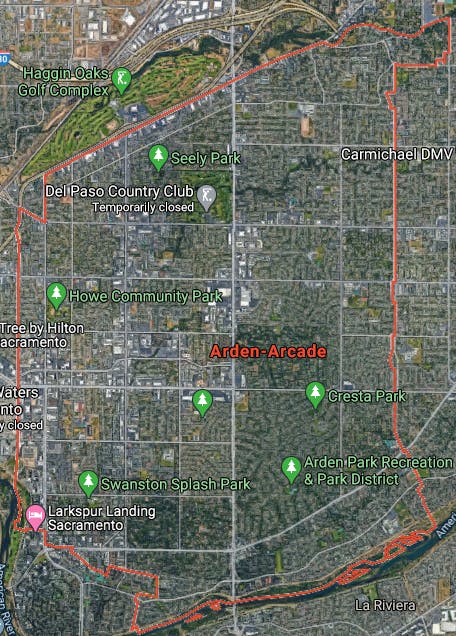 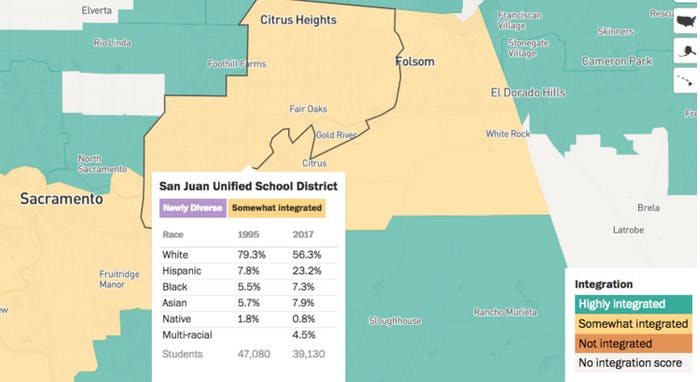 The Washington Post has published an interesting article about diversity and integration in public schools across the nation. The article compares school districts across the country and has data on the San Juan Unified School District, which serves Arden Arcade. The Post says our district’s schools are “newly diverse” and “somewhat integrated” - meaning the data showed our schools to have become… 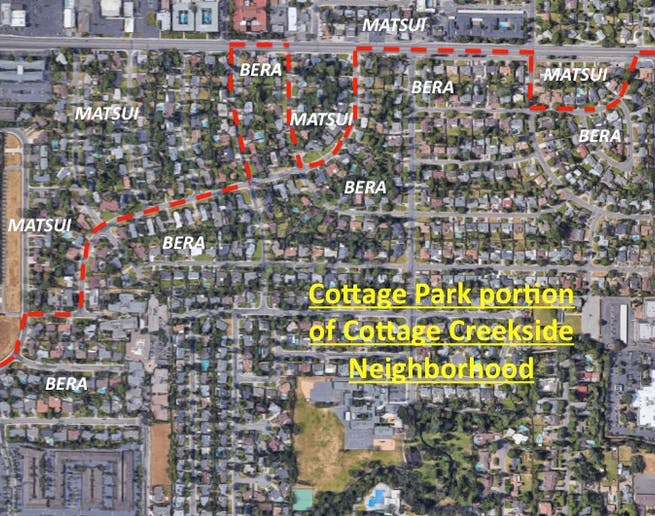 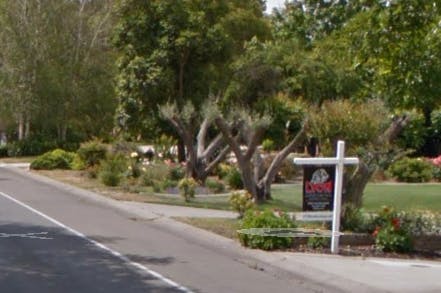 A few years ago Lawrence Yun, Chief Economist for the National Association of Realtors wrote in the NY Times that,  "Home ownership strengthens communities, supports the economy and helps families build wealth — and for many people, it means gaining a foothold into the middle class."  Buying, selling or remodeling a home are beneficial to the local economy because of the jobs and private income… 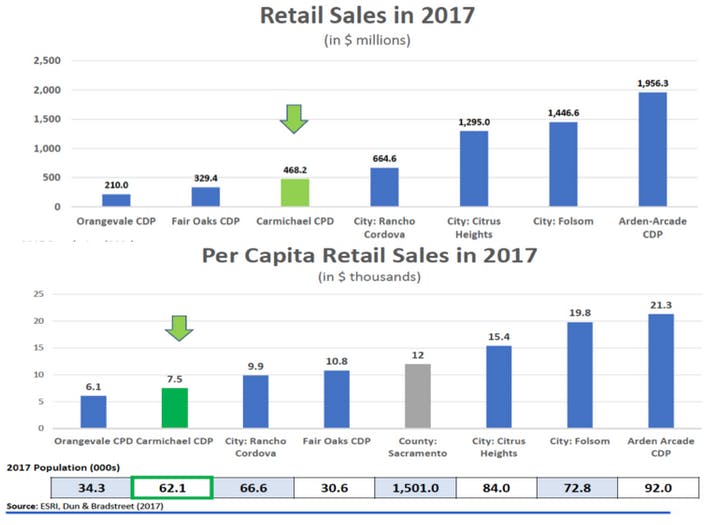 Incorporation of Arden Arcade was on the ballot in November 2010 as Measure D. To get to the ballot, the proposal had to pass a number of steps in the Sacramento Local Agency Formation Commission (LAFCO) process. One such hurdle was the requirement for a financial feasibility study. The analysis of Arden Arcade’s ability to fund itself was conducted using data from 2008-2009, which was one of the… 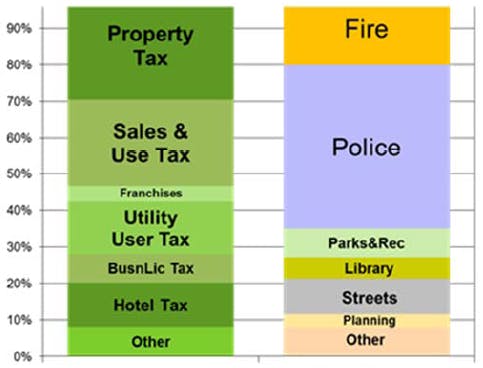 The short answer is "no". Local revenues are derived from many sources and local taxation is complex and often misunderstood, hence a long answer is provided below. Please notice two consistent themes therein: 1) the State of California makes rules that counties and cities must carry out and 2) increases in local taxes require approval by local voters. There is no wiggle room that lets a new city… 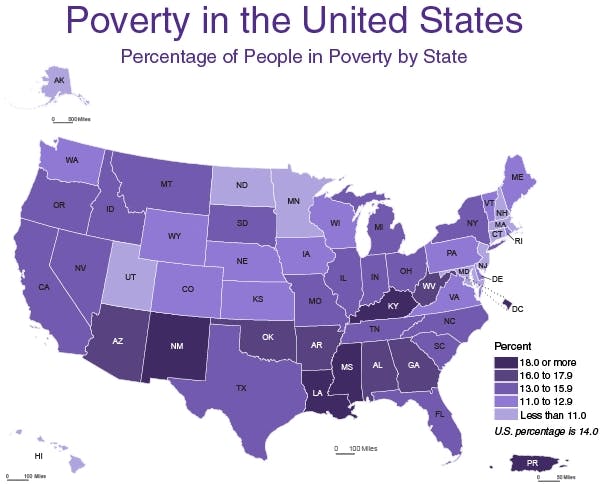 The Bee reported today on the US Census Bureau's annual data update. Lo and behold, the already-high poverty rate in Arden Arcade rose faster here than any other large place in California. Almost 28% of local residents are impoverished.  The article says Arden Arcade: 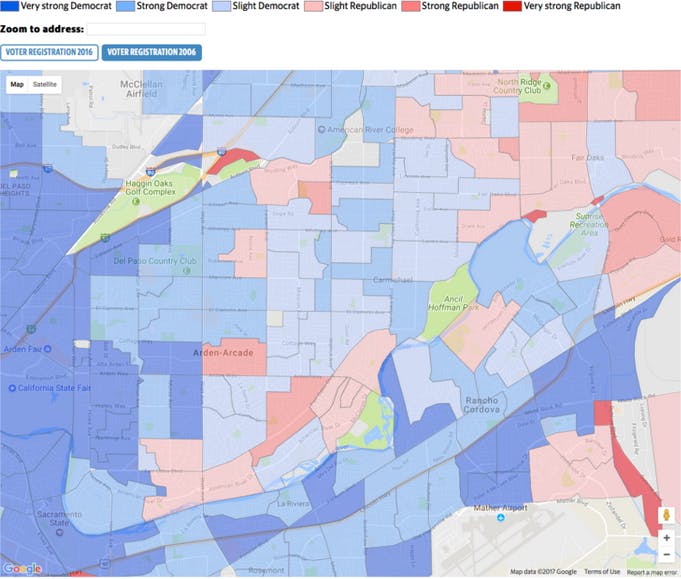 Back in November 2010, voters in Arden Arcade were asked whether our community should be a city. The result was a strong "no". These days proponents of local incorporation are often told to, "forget it, because the voters had their say 7 years ago and that's that". In reality, though, the local electorate today is not the same as it was back in the day. There are a whole lot of apartments and… 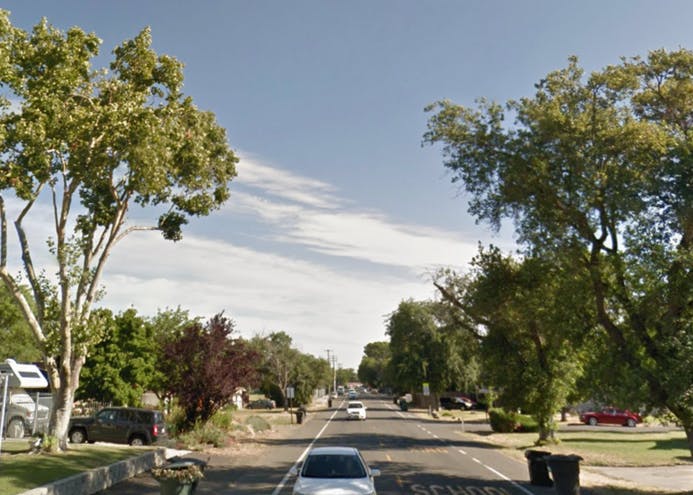 With nearly 40 million people, California is the nation's most populous state. It is also the most urbanized state, with an average population density of 4300 people per square mile. One would think that the state's urban population lives in one of California's many cities (482 of them), with a relative handful of people -- mostly farmers and ranchers -- living in rural areas like the wide open… 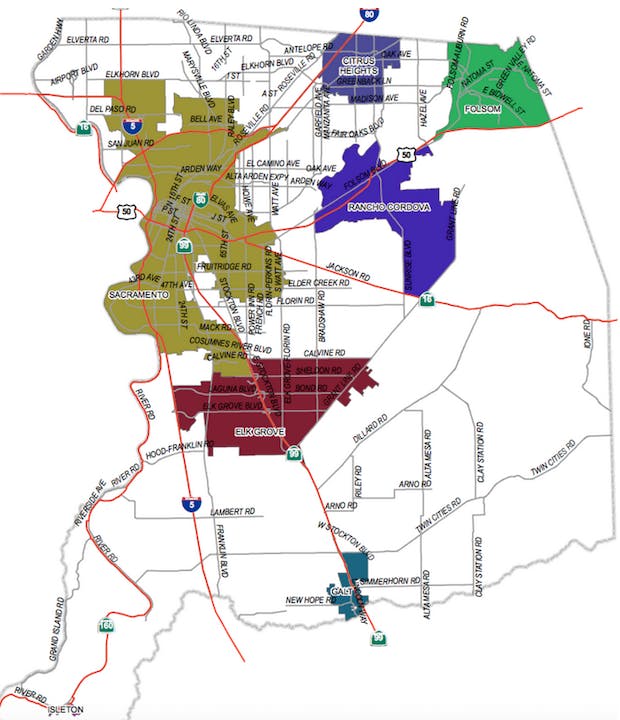 With 37% of Sacramento County's residents, the unincorporated UnCity has the largest population of any subordinate unit of the County. The UnCity has a larger population than the giant City of Sacramento. The UnCity is bigger than Sacramento by 63,000 people, an increment which is 2,000 more people than live in all of Carmichael. With that many people, you would think the UnCity would get some… 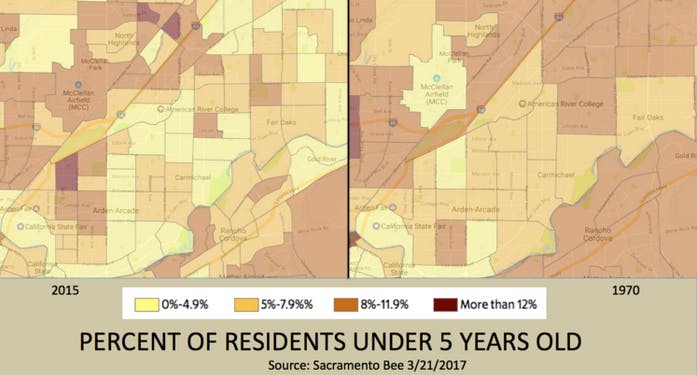 The Sacramento Bee published a story today about "childless neighborhoods". It said birth rates in the region have fallen significantly over the last decade, with the lowest birth rates in affluent suburbs and the highest rates in relatively poor areas. No surprise there. The article also showed neighborhoods in Arden Arcade's 95821 and 95825 zip codes are among those with the region's highest… 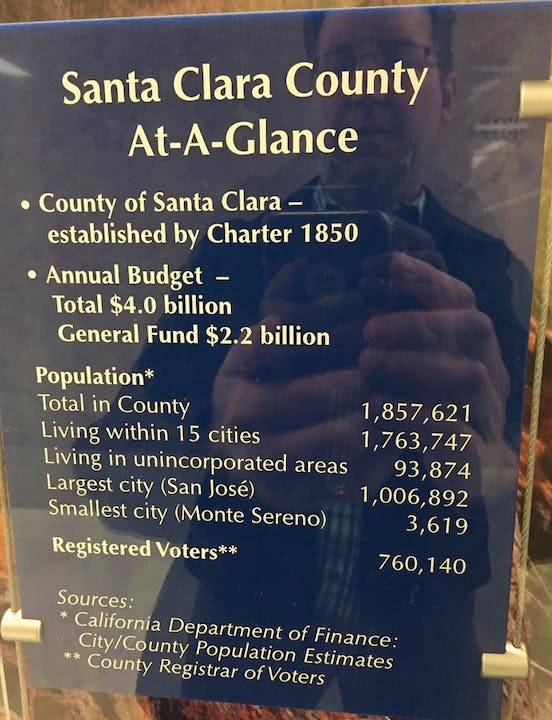 We got email the other day asking if we were considering a PBID (Property and Business Improvement District) for Arden Arcade. The email referred to an article in the Sacramento News and Review that had good things to say about PBIDs.  The Fulton Avenue Association is an example of a successful PBID. The County has recently promoted another PBID for an area at nearby Watt Avenue north of I-80. 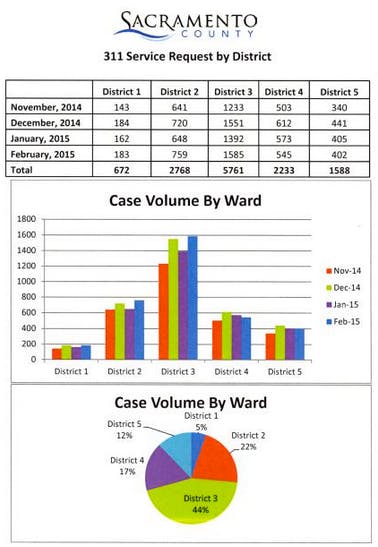 Sac County collects data on how many "311 Connect" calls for service come in each month and displays the information by Supervisorial District. The most recent chart we could get our hands on shows that most of the calls are about problems in District 3. That's Susan Peters' District.

It's the largest political subset within Sacramento County.