Arden Arcade has five different water purveyors. Two are independent special districts. Another is a department of Sacramento County.  Two others are private companies, regulated by the California Public Utilities Commission.

The public agencies are the Sacramento Suburban Water District (SSWD) and the Del Paso Manor Water District and the County Water Agency Zone 41. These agencies are publicly owned and operated water utilities regulated by the State of California Department of Public Health and State Water Code laws. They are “enterprise” districts, meaning their expenses are financed through water service charges and connection fees. Each Water District has an elected governing body. The County Water Agency Zone 41 is controlled by the County Board of Supervisors. The private companies are the California-American Water Company (generally W of SSWD to City of Sacramento line) and the Golden State Water Company (its Arden-Cordova service area includes area bounded by Fulton, Hurley, Watt and Cottage). 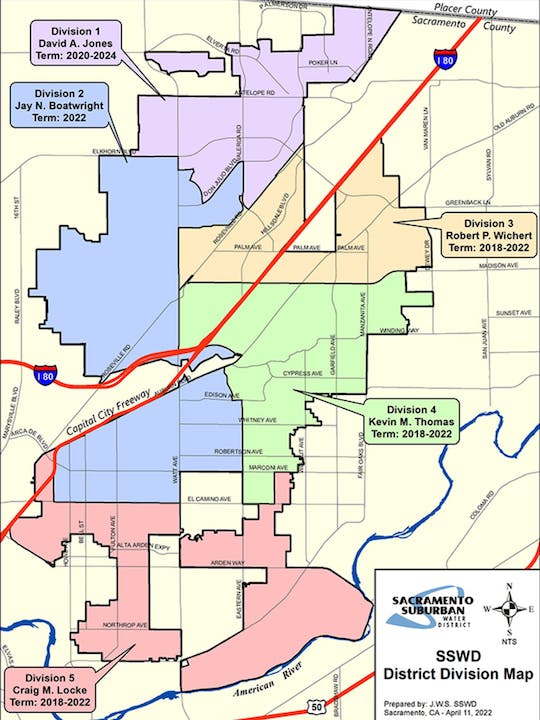 The Sacramento Suburban Water District (SSWD) is large (36 sq miles) and sprawling, a legacy of the consolidation of the Arcade Water District and the Northridge Water District in 2002.  It is governed by a 5 member Board of Directors. Each Director is directly elected by the voters within the Division that they represent.  There are parts of unincorporated Arden Arcade in three of the Divisions (… 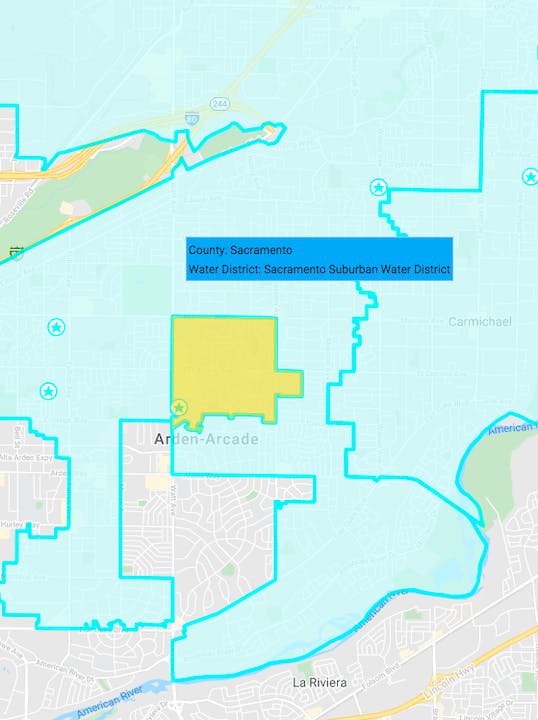 The Del Paso Manor Water District is an independent district with a 5-person board of elected directors.  The District serves a subdivision developed in the late 1940s when by developers Lusk and King. Many of its wells and pipelines were installed right after World War II during the presidency of Harry S. Truman. According to the District, over 20 percent of its water mains in the residential… 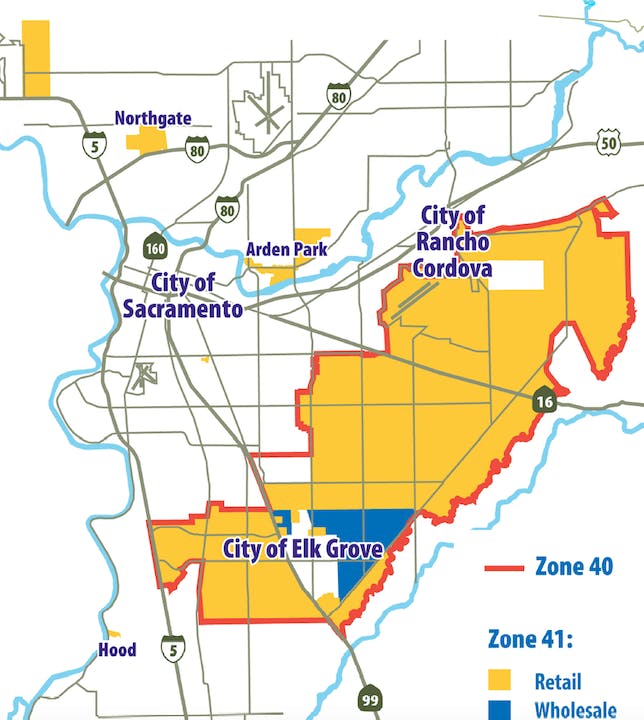 The County Board of Supervisors runs the County Water Agency Zone 41. Since it was reorganized in mid-2000, Zone 41 funds the operation and maintenance of a public drinking water system that includes water production, treatment, storage and distribution facilities. Revenues for Zone 41 activities come from utility charges, connection permit fees, construction water permits, and grants. Zone 41… 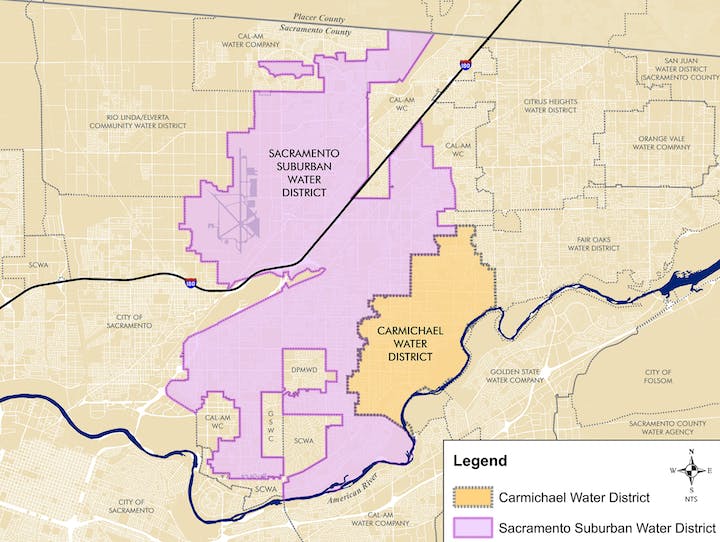 The Sacramento Suburban Water District is exploring potential mergers with the Del Paso Manor Water District and with the Carmichael District. To be very clear for our readers, no consolidations are…