On 6/22/17 the Arden Arcade Community Planning Advisory Council (CPAC) approved the Merlone Geier proposal to build another set of speculative commercial buildings at Arden and Watt. The meeting was well-attended, with near-unanimous sentiment on the part of the community that, while the proposed shopping center was an improvement over what they had been told at the April CPAC meeting, it needed more changes. In general, the community said it wanted a shopping center that would be an asset to the community, not just a way for the property owner to get money from passing motorists. As usual, the County prevailed, with many in the audience surprised to learn that their input was of little consequence. An example of the way the County coddles developers is the required "sound wall" that's "not a sound wall" (according to County staff) which the developers prefer (Guess what? It's cheaper.) and the County tolerates -- even though the citizens don't want because it isn't even much of a barrier in the first place. When the County let the Quick Quack Car Wash build this type of wall last year, neighbors were told it would be OK. Yet, as the CPAC was informed on June 22nd, the wall has led to a major disruption in the lives of adjacent neighbors. 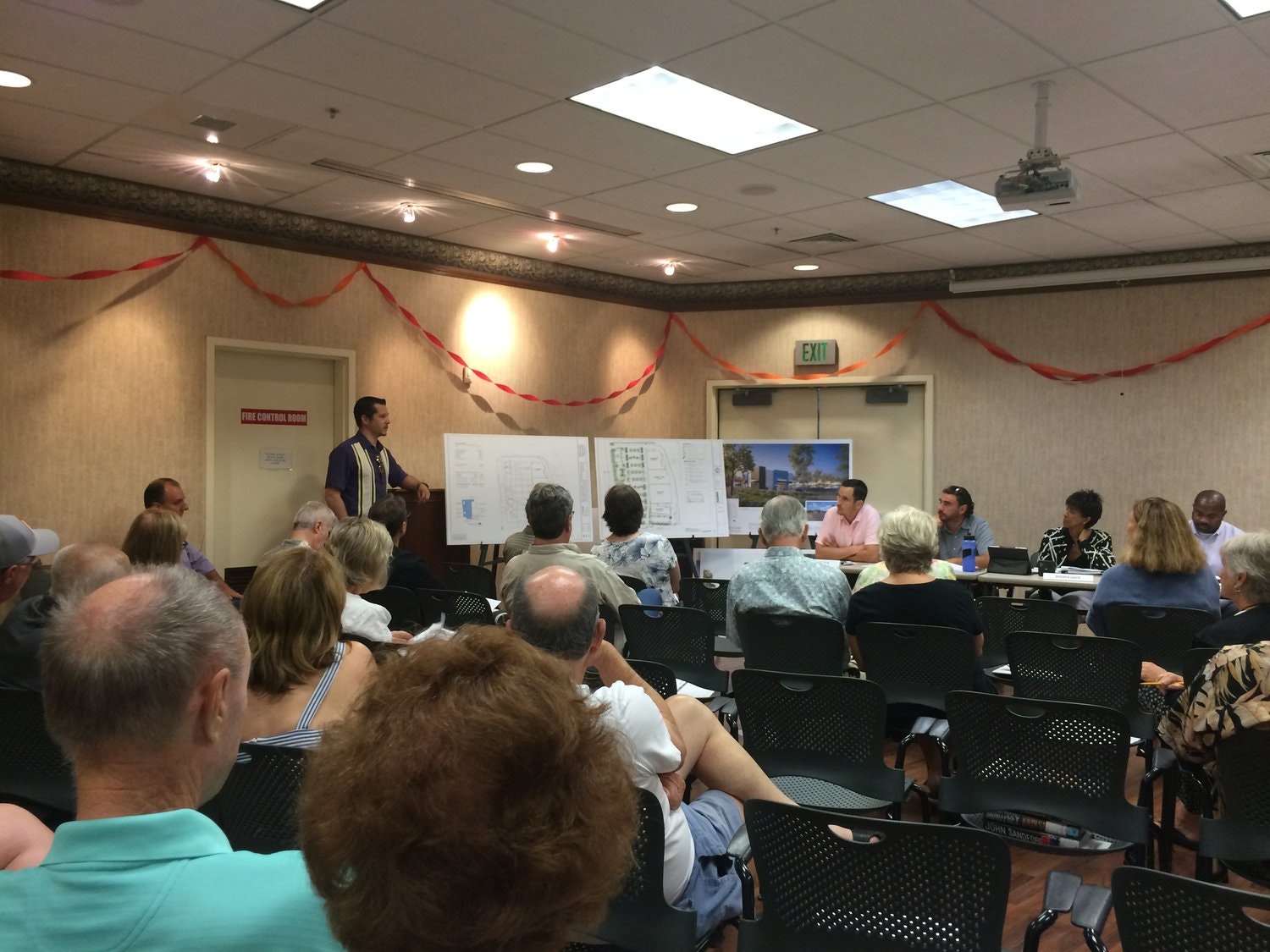 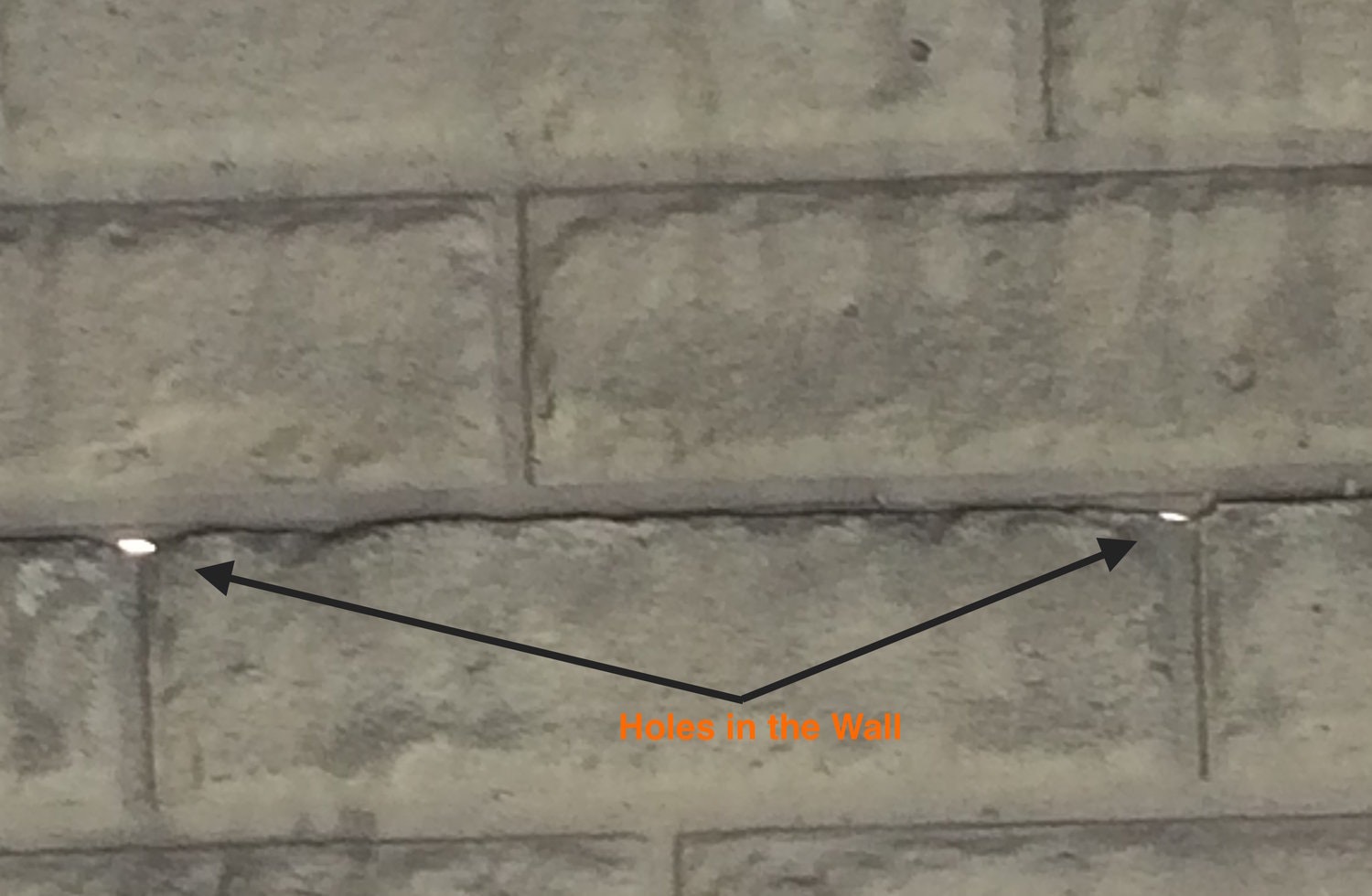 A close up of the Quick Quack Car Wash modular concrete wall that is supposed to shield the business from the adjacent houses on Barrington -- complete with holes that don't block sound or prying eyes. 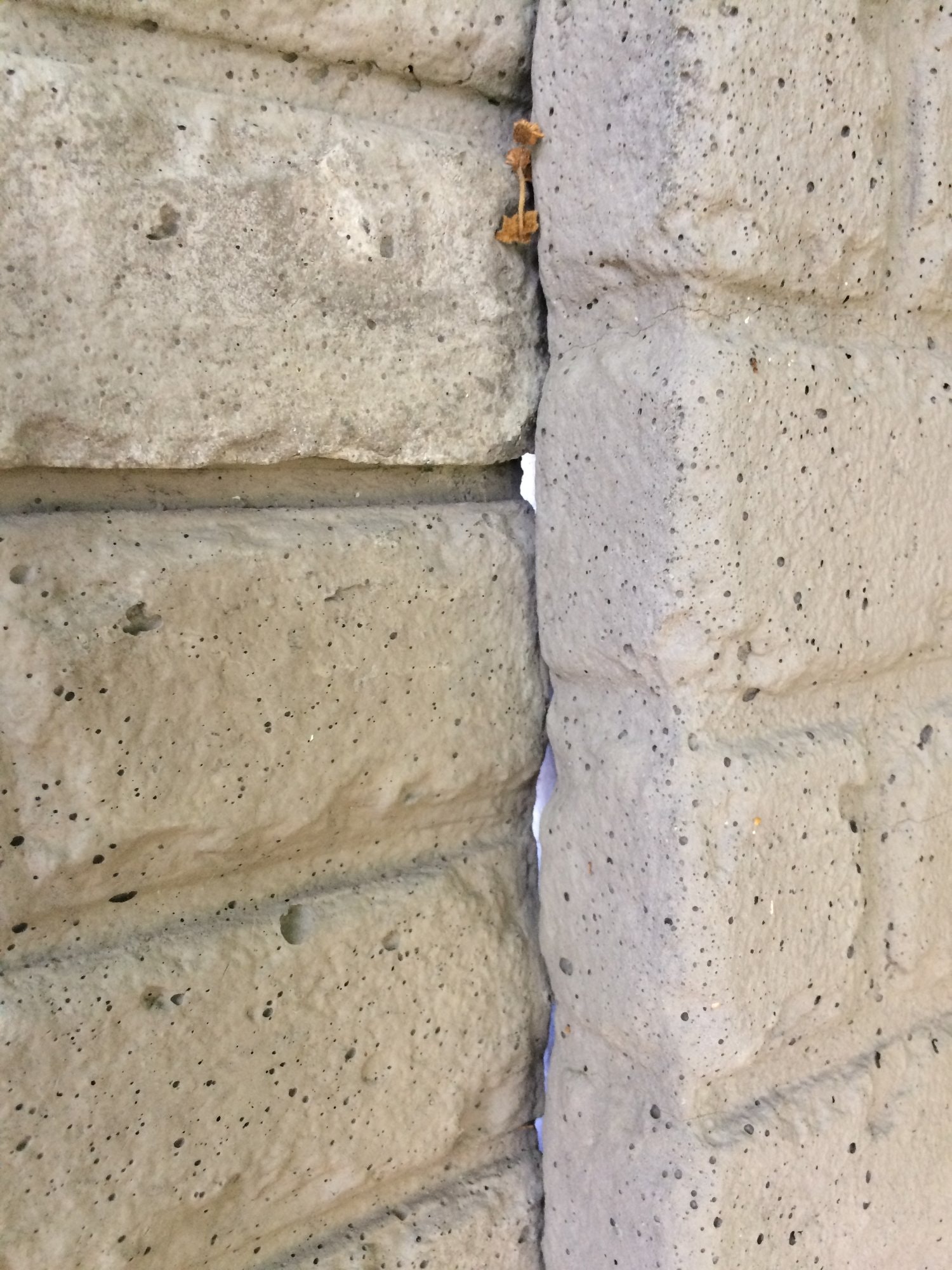 Another picture of the Quick Quack wall. Posts (on the right) are set in the ground. Panels (left) are placed between the posts. The air spaces are readily apparent. Since the wall is just a bunch of parts, the panels can rattle, too. County staff have signaled a willingness to O