The Nugget Plaza shopping center in Roseville has many of the same kinds of stores that Merlone Geier says will be featured in its proposed Arden Creek Town Center project at Arden and Watt. With streets on three sides, Nugget Plaza has a sound wall along its boundary with the property that abuts the shopping center's fourth side. As the photos show, Nugget Plaza has a traditional concrete masonry unit wall. It is very tall and looks nice, too, with a decorative design and some landscape plantings. The center's wall serves to protect and enhance the value of the adjacent property -- which is a public park with an aquatic center. The shopping center's wall has a similar style as the sound wall that borders the subdivision across the street from the center.

By contrast, here in unincorporated Arden Arcade, it seems shopping centers can get by with cheap-looking fences that don't buffer sound for adjacent houses scant feet away (see this blog's post, "A wall that saves developers money can lead to problems for adjacent neighbors" of 6/24/2017 for an example). But in Roseville, open space and public facilites get protected. To review: In the City of Roseville, a shopping center sound wall shields open space from commercial development. Sacramento County lets shopping centers use walls that don't shield people's houses from commercial development. 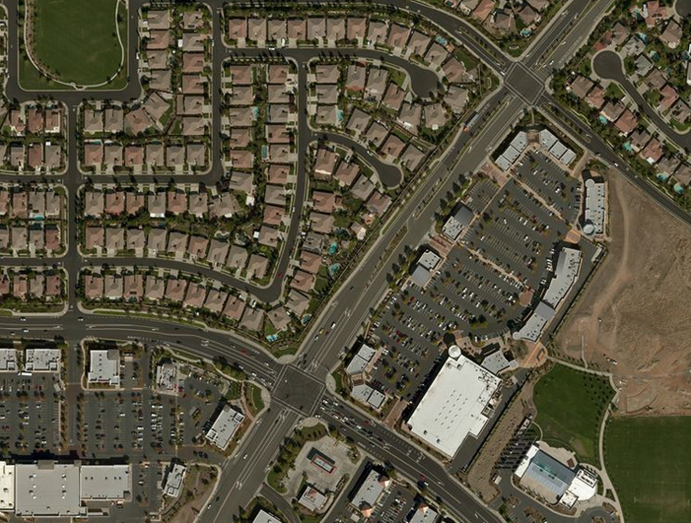 The Nugget Plaza shopping center borders a public park. Except for an entrance to the park from a people-place plaza in the middle of the building complex, there is a tall, decorative masonry wall along the entire length of the boundary between the commercial property & the park 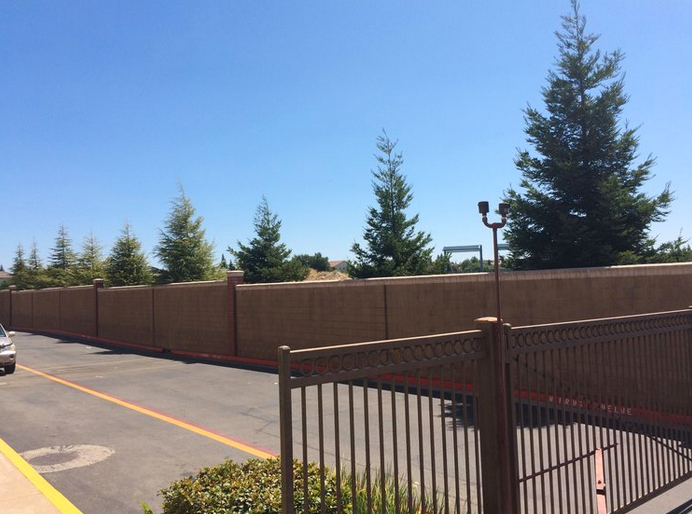 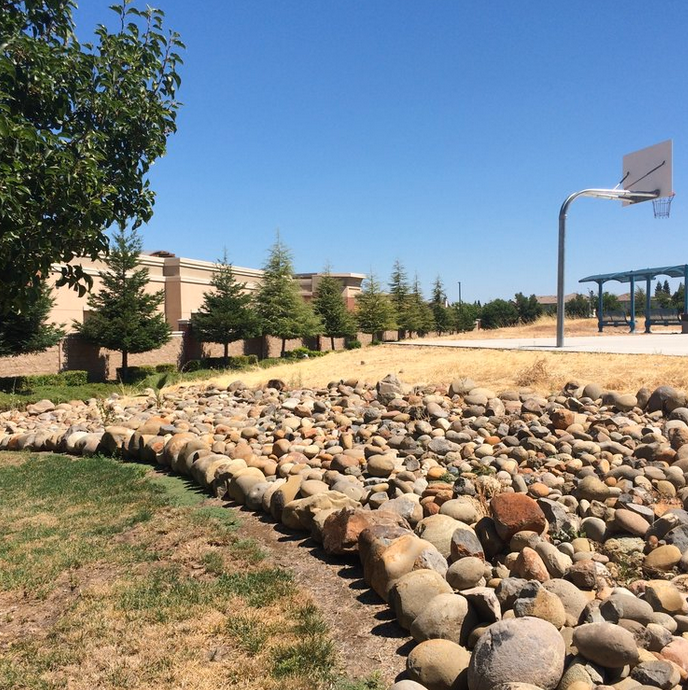 The back side of Nugget Plaza as seen from the park 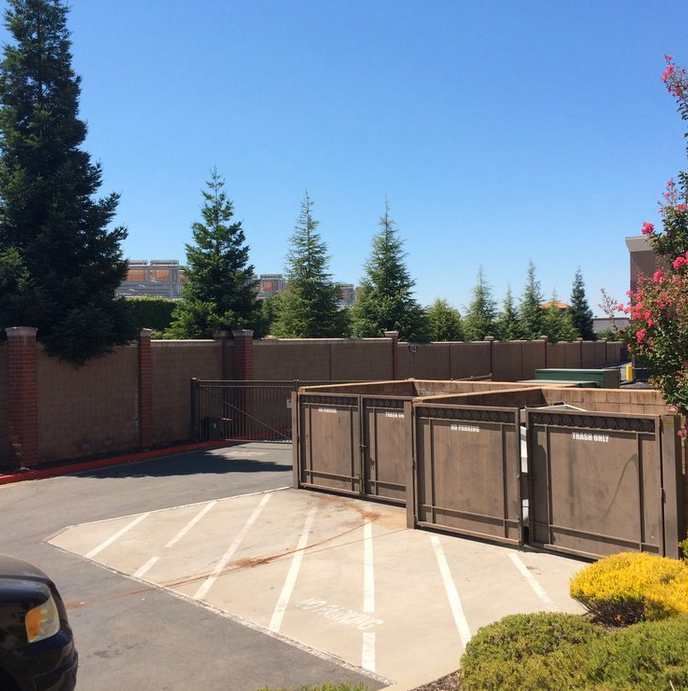