Kudos to the San Juan Unified School District for its extraordinary renovation of Dyer Kelly School! The new building was presented to the public today. It is the first “new school” in the District in 27 years. Long overdue as it may be, the new building is quite a gem for a neighborhood that has been neglected for far too long. The area served by the school is deeply impoverished and has a large concentration of refugees and recent immigrants. It is remarkable that such a great new school has been built there. To its credit, the School District has clearly welcomed the diversity of its student body - at today’s ribbon cutting ceremony five children officially welcomed the audience using five different languages. Most importantly, the renovated campus is a strong statement that “someone cares about this neighborhood.” That’s the first step in building community, instilling a sense of pride of place. Wonderment, amazement, gratitude and eager anticipation were easy to see on the faces of the school children and their parents this afternoon. The kids clearly want to be at their great new school. And that can only translate to more successful learning. Well done, San Juan Unified School District! 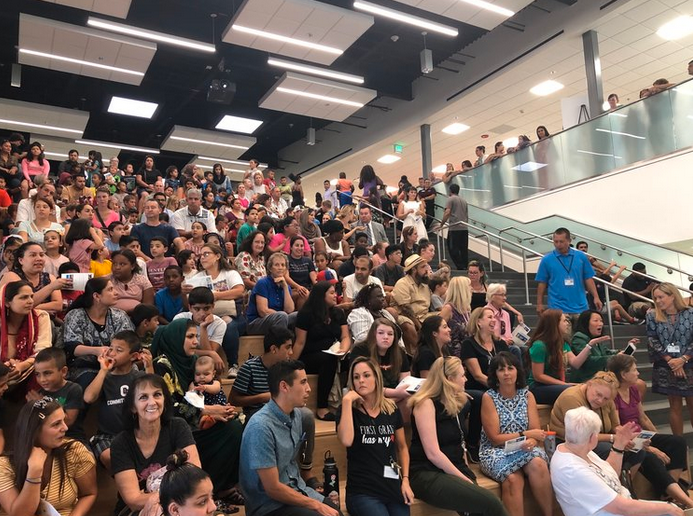 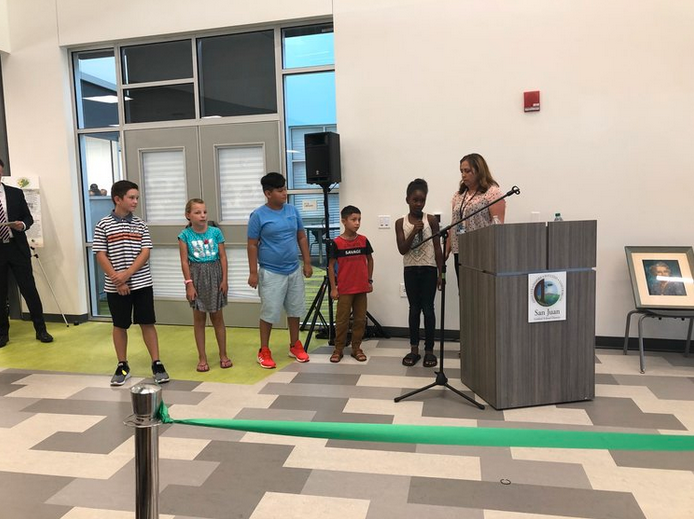 In whatever language you say it, all are clearly welcome here! 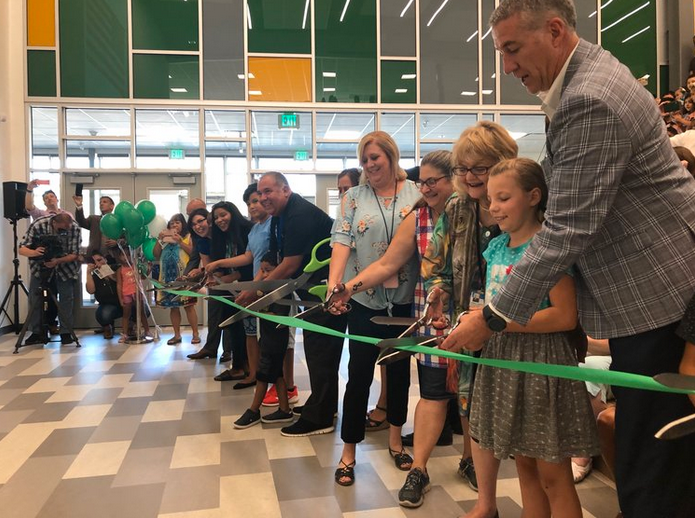 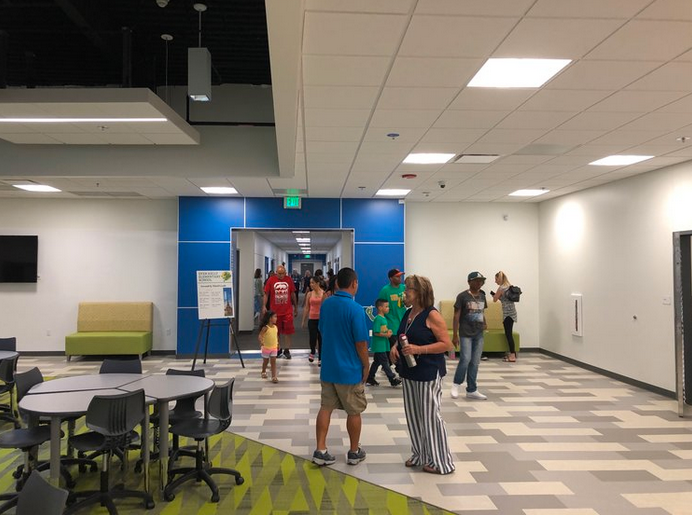 Dyer Kelly is a beautiful school!