Notes (click on the slides below) from the community meeting on October 7, 2019, including transcriptions of the flip charts from each of the breakout-group tables document the strong consensus for local control in Arden Arcade. Though there were slight differences from sub-area to sub-area, the community members generally agreed that the top 3 issues facing our neighborhoods are: the homeless population, crime (personal and property) and the deterioration of our local roadways. When asked whether - given what they know now - they support municipal incorporation for our community the audience overwhelmingly said “yes”. But they expressed concerns about the costs of the process to become a city, uncertainties as to how the new city would operate, and whether there would be sufficient votes for incorporation. The group was open to the concept of an Arden Arcade Community Council and asked that yet another meeting be held - sooner instead of later. The sponsoring organizations (Greater Arden Chamber of Commerce, Advocates for Arden Arcade and Country Club Alliance of Neighborhoods) are thus planning on a forum focused on a vision for our community. 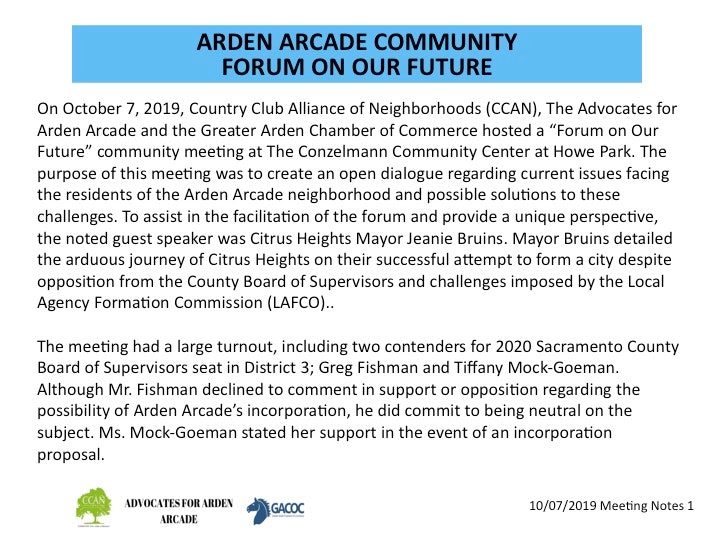 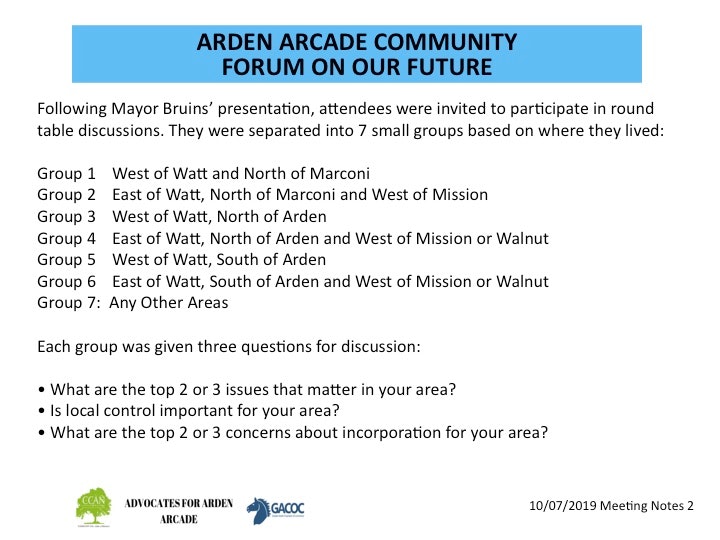 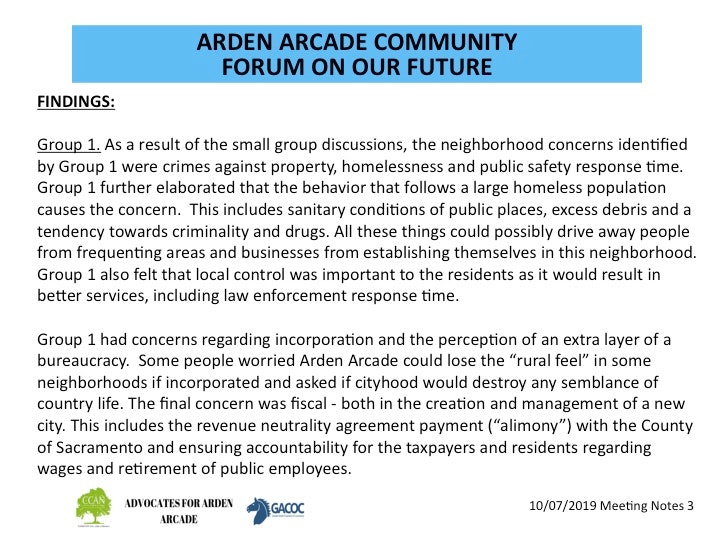 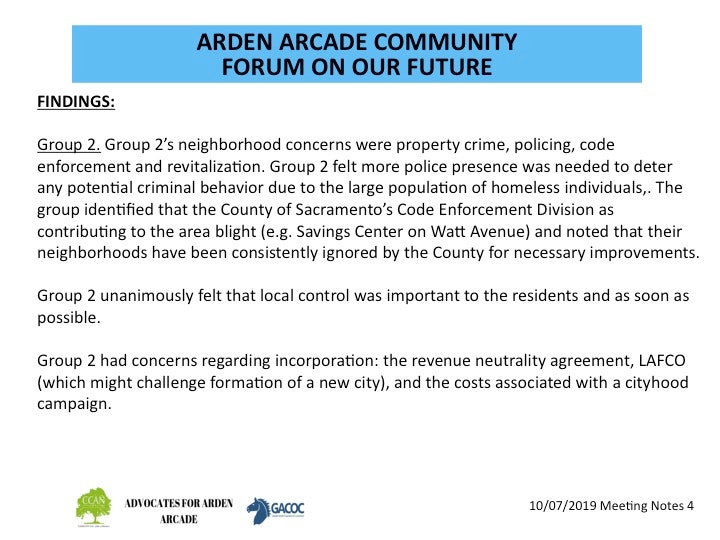 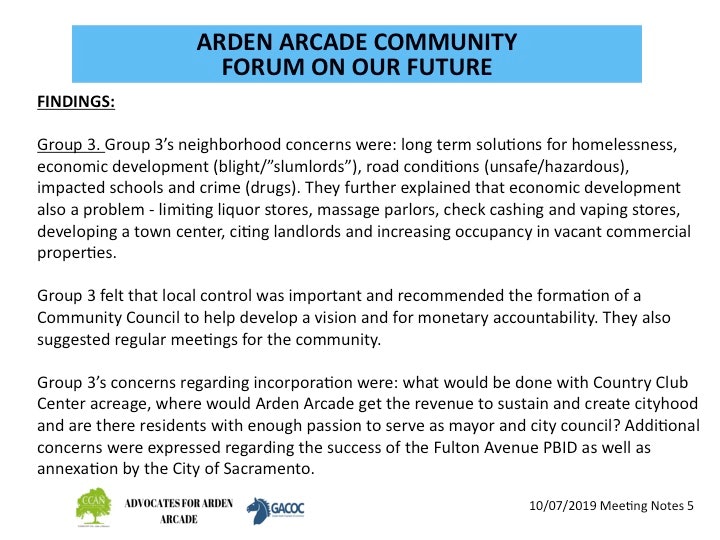 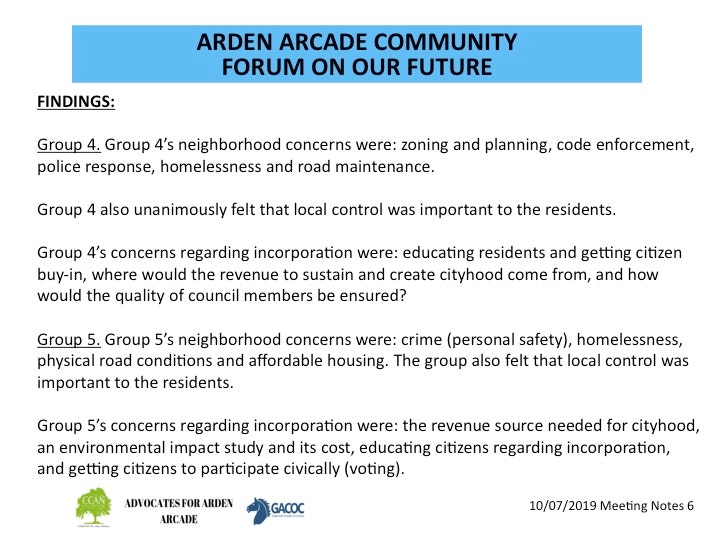 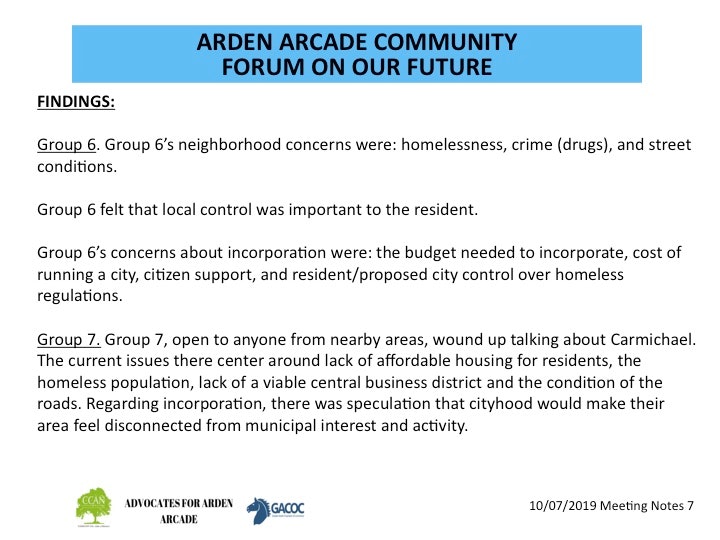 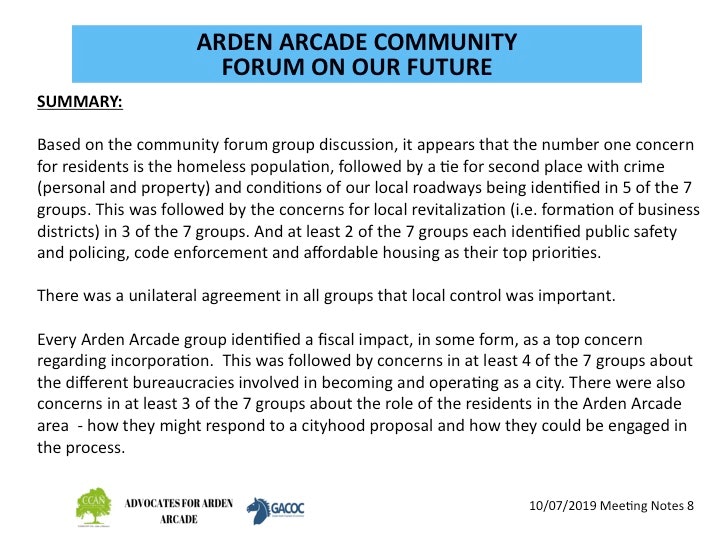 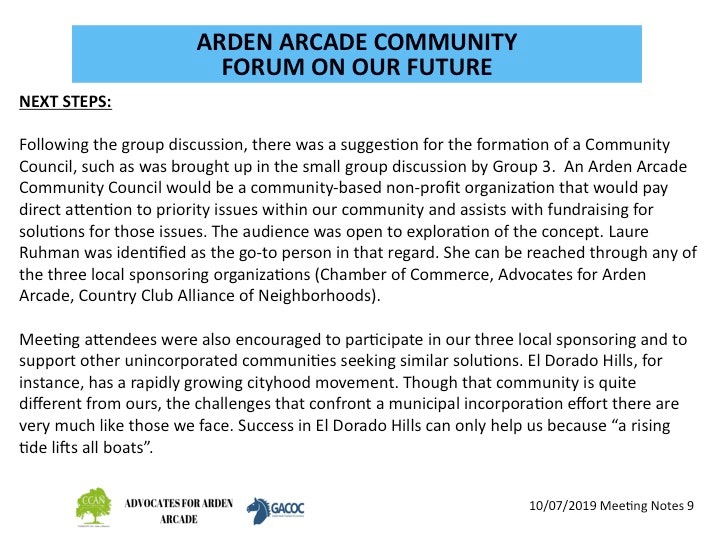 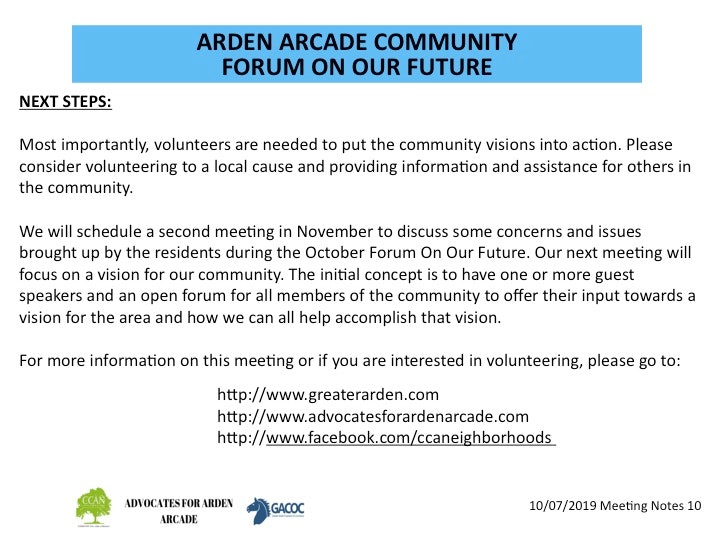