The posts were removed this morning! Pedestrians and cyclists can once again move freely through the openings in the block wall at the east end of Drayton Dr. and Merrywood Dr. People in the neighborhood had been badgering the County reneging on its land use condition that required the openings for public mobility purposes when the block wall was originally built. The public wasn’t informed when the posts were put up, nor was the public told the posts would be removed. It doesn’t matter - the posts are gone now.

But, did you notice that the title of this post did not indicate the job is done? That’s because the ramp at Merrywood is now less functional than it was before and the steps at Drayton are incomplete. There used to be a short asphalt ramp on the Country Club Center side of the Merrywood opening, such that the low curb was not a trip hazard. Absent the asphalt ramp end, cyclists have to ollie (hop) their bikes off of or up over the low curb. As for wheelchair users or electric scooter users, having the low curb is pretty much a deal killer. There is no reason why the County cannot get the asphalt ramp restored. It’s not a big item. But not having the ramp IS a problem. Over at the Drayton side, a simple handrail would make the steps much safer. And the shopping center side of both openings need striping and signage to ensure that vehicles will not park there, i.e. not block the paths of travel for pedestrians and cyclists.

Good. We can feel relieved that the posts are gone! All that’s left is some small stuff. The photos (click through them) show the Merrywood ramp and its low curb, the asphalt ramp that was there for years and that had solved the low curb problem, and the Drayton steps that still need a handrail. 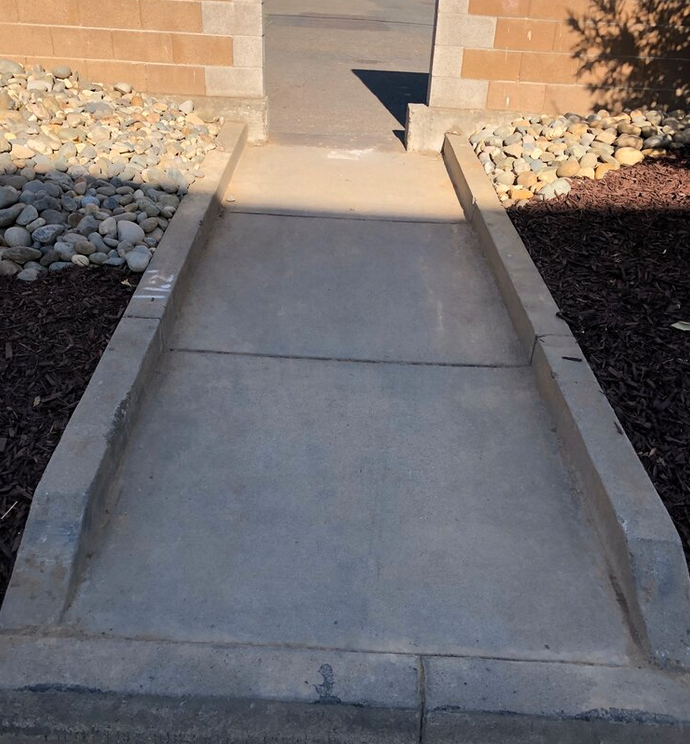 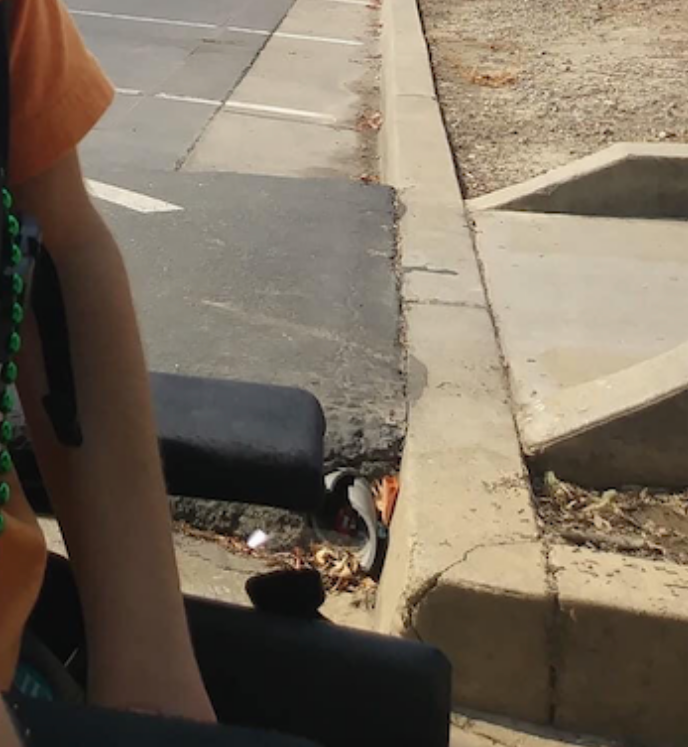 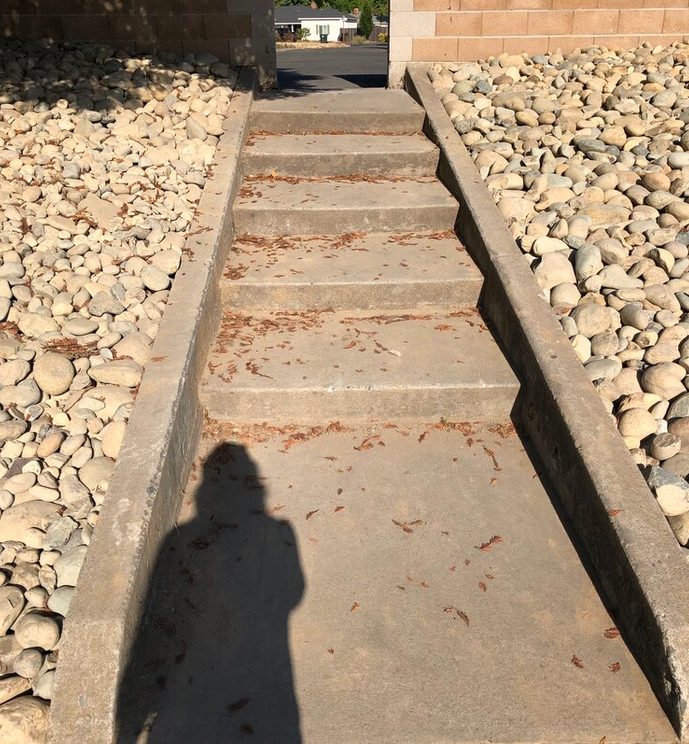