One night back in early June someone stole a truck and tried to drive it over the pedestrian/bike bridge in Santa Anita Park in the Fulton-El Camino Recreation and Park District. The truck wound up in Chicken Ranch Slough and the car thief ran away. The bridge was trashed. Though the CHP wasn’t able to catch the guy, their investigation concluded that the truck had been stolen. That meant the Park District had to convince its insurer to cover the cost of rebuilding. After engineering analysis determined that the bridge had to be entirely rebuilt, the insurance settlement was provided and the District put the job out for bids. The bridge has now been replaced and the park’s pathway has been restored. The restoration only took three months; not bad for a public project! 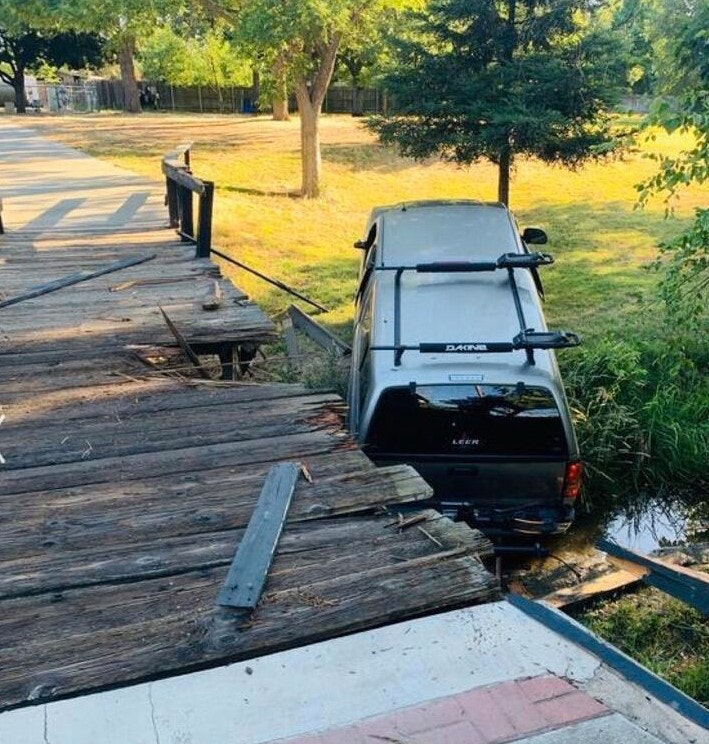 The stolen truck in the creek 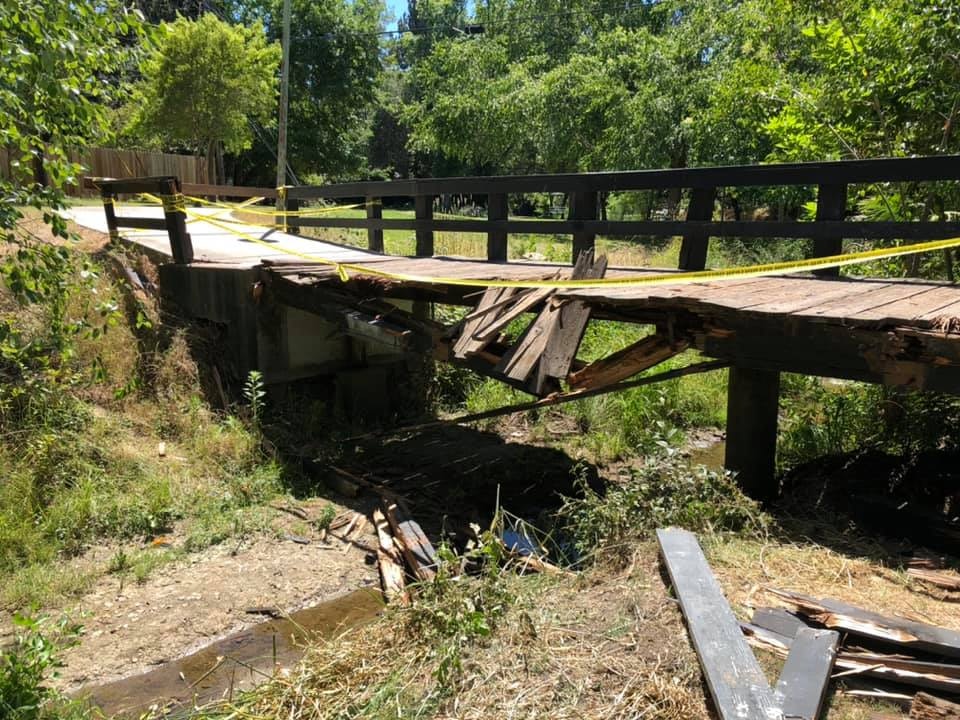 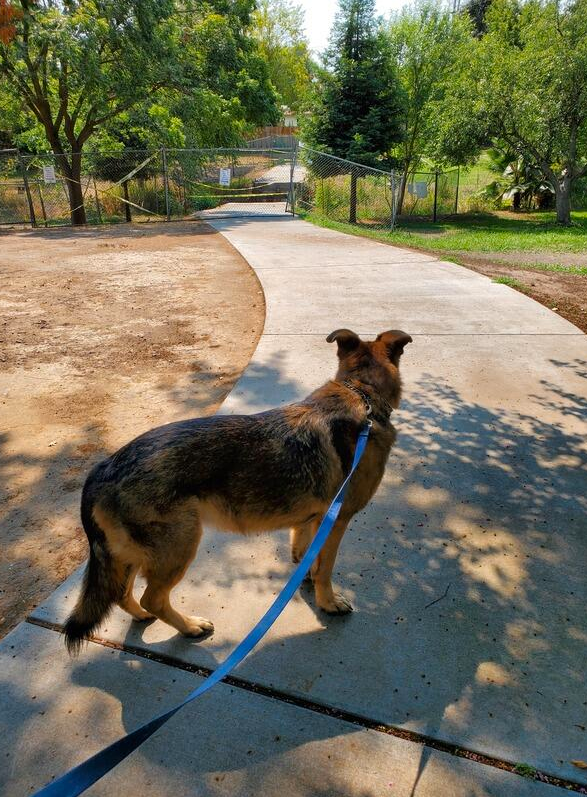 Oz was a very sad puppy when he found the path blocked {photo credit: Amanda Laubinger} 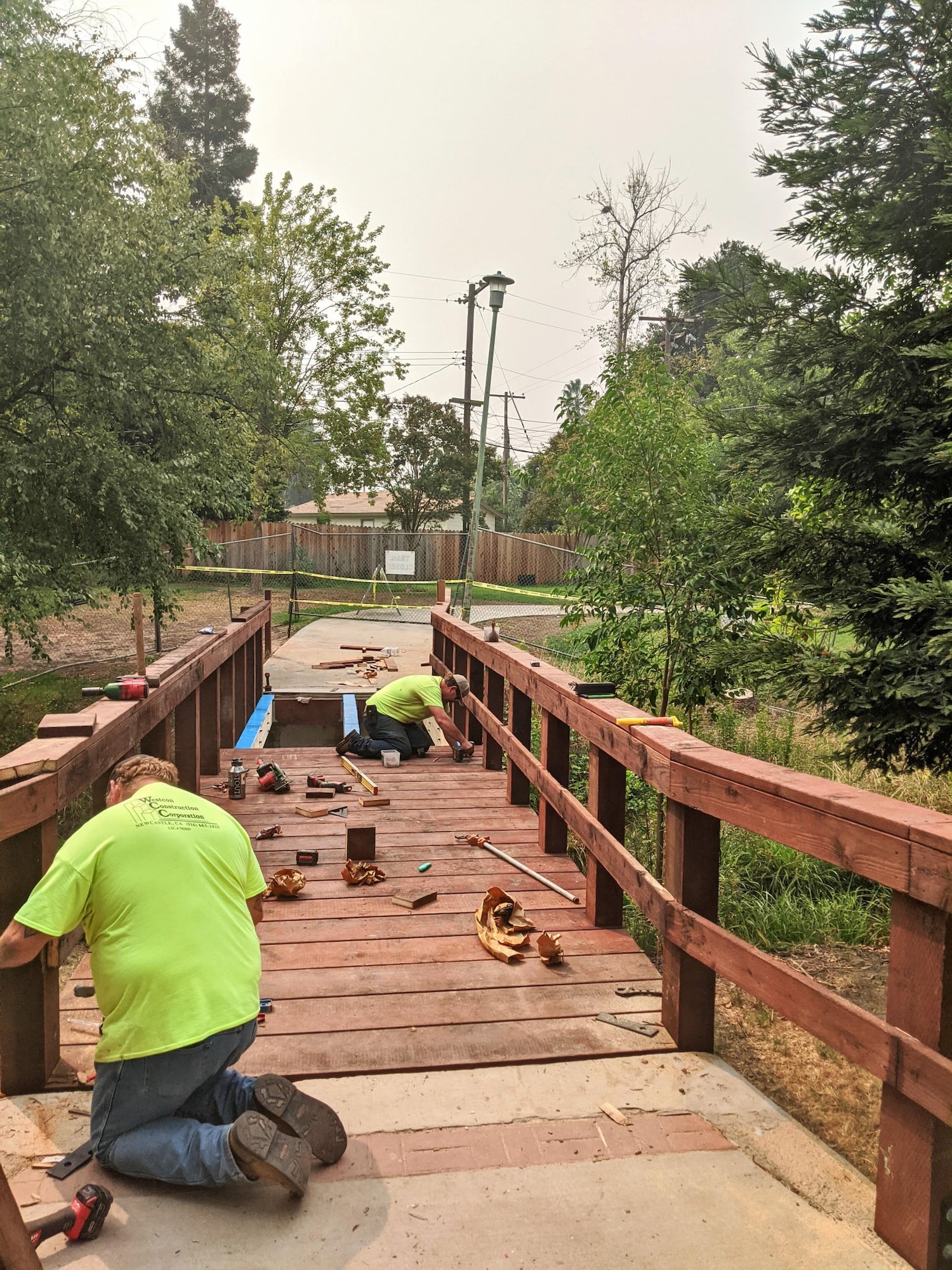 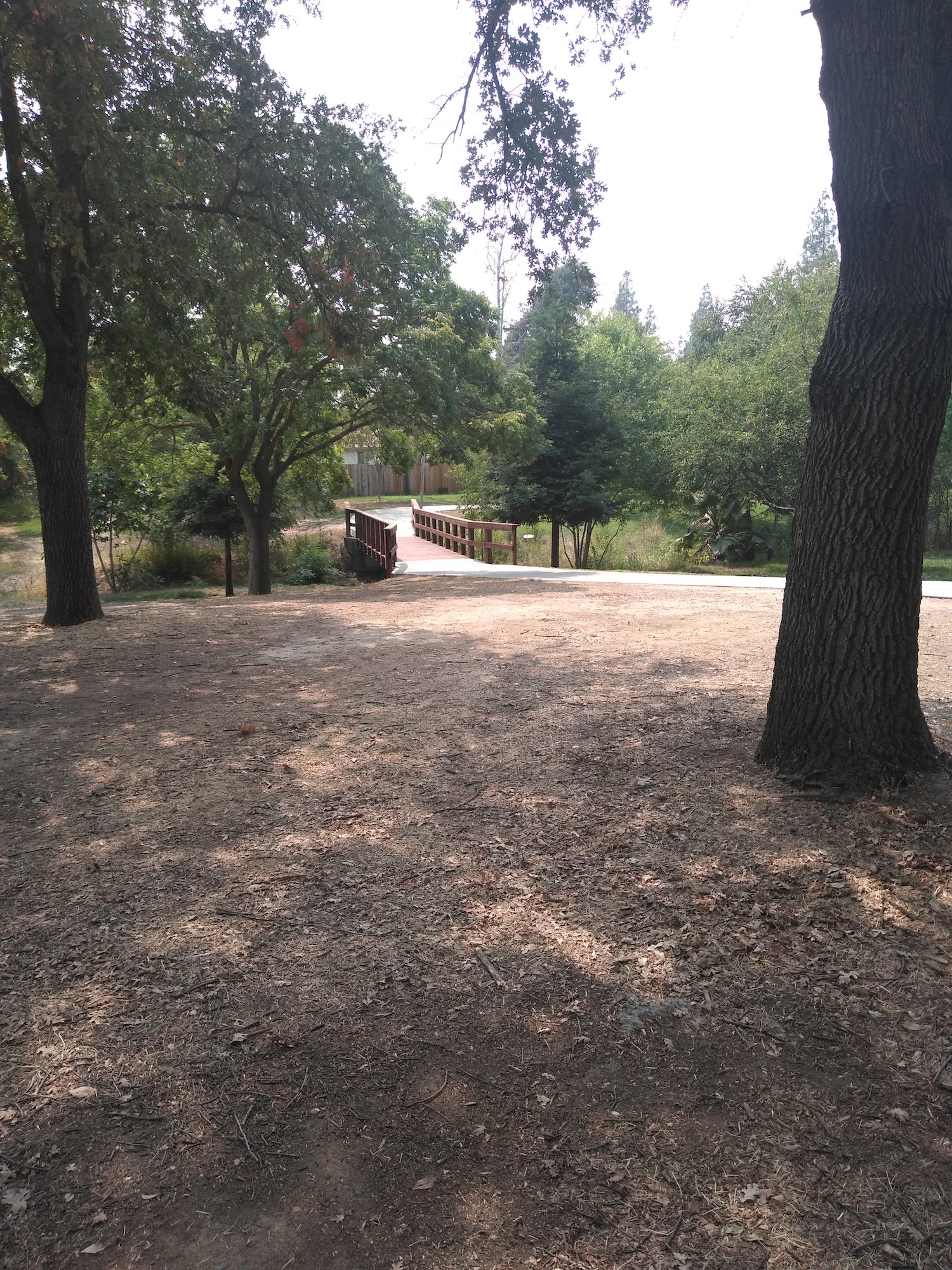 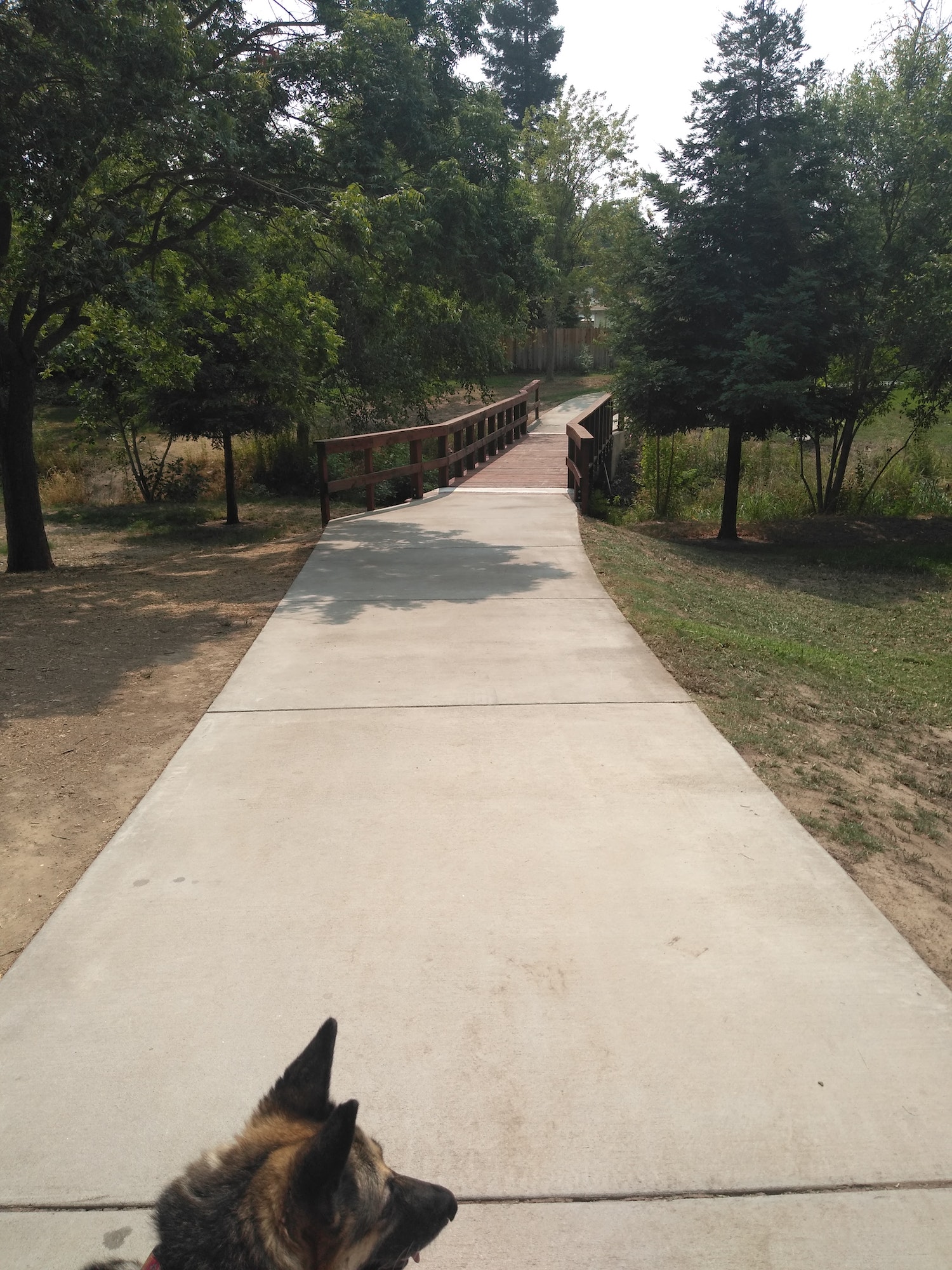 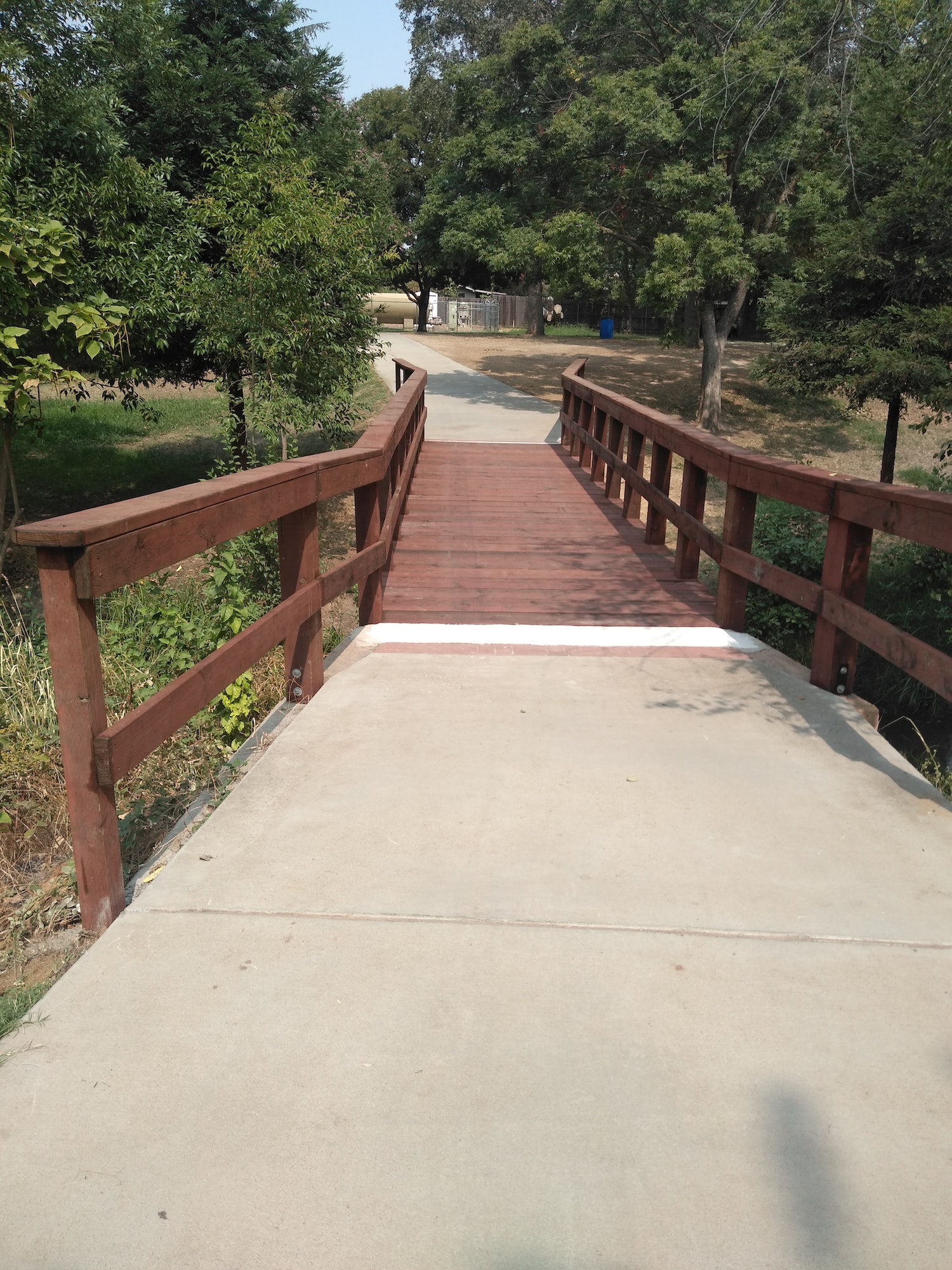