Last Friday, Oct. 29th a driver tried to run a yellow light onto Watt in North Highlands, lost control of her vehicle and ran into two street vendors, killing them. Our hearts go out to all the victims: the people who were killed, the young driver whose life (we imagine) is in ruins as a result of her actions, and the families of all concerned.

The story was reported on KCRA3 news. According to the report, drivers often try to run the yellow there. Hmm....a known traffic problem left to fester.  What about traffic control? The County is responsible for the intersection's infrastructure (design, speed limits, traffic signals, safety barricades, etc? The CHP is responsible for traffic law enforcement. Did the County and/or the CHP drop the ball?

According to the KCRA3 report, the vendors were selling merchandise under a pop-up tent. Hmm...random retail operations in a parking lot at a busy intersection. Was that by design? The property seems to be vacant, at least at the time the Google Street View photos were taken. Did someone authorize the retail sales there? And, if so, did the vendors collect sales taxes, which they would have had to do if authorized to sell merchanside? The state requires sales taxes to be collected and distributes some of the sales taxes back to the County. Uncollected sales taxes deprive the County of revenue. Business licenses are the first step for a retail operation. They trigger sales taxes and are also revenue generators for the County. Did the County allow an unlicensed business to operate on someone's private property?

The photos below are screen grabs from Street View on Google maps. The dates the Street View pictures were taken is unknown, so we don't know if they portray the conditions that were in play when the accident happened. Still, it is common knowledge that Sacramento County is famous for bad pavement and outdated - AKA unsafe - curbs and sidewalks (or NO curbs and sidewalks). Hmm...poorly maintained intersection. Did the County not know about the deteriorated infrastructure at Watt and Don Julio?

One other thing to notice from the photos. Pedestrians are not allowed to cross Watt enroute Don Julio at the southernmost crossing (the one where you can see the bus at the bus stop in the photo). That means the intersection is optimized for motor vehicles. It's not pedestrian friendly, in fact the design encourages motorists to have the upper hand. And, of course, the photos reveal no provisons for cyclists. Hmm...motor vehicles matter more than people who aren't motorists. Isn't the County responsible for bicycle and pedestrian mobility as well as for vehicular mobility?

As someone (not us) posted on Facebok about this incident, it is:

"One (more) reason why Sacramento County Government should fall on their sword, and get out of the “city business”. I’m guessing that this isn’t the first time that the 18 yo driver has sped up through a yellow signal."
Facebok post from an Arden Arcade resident 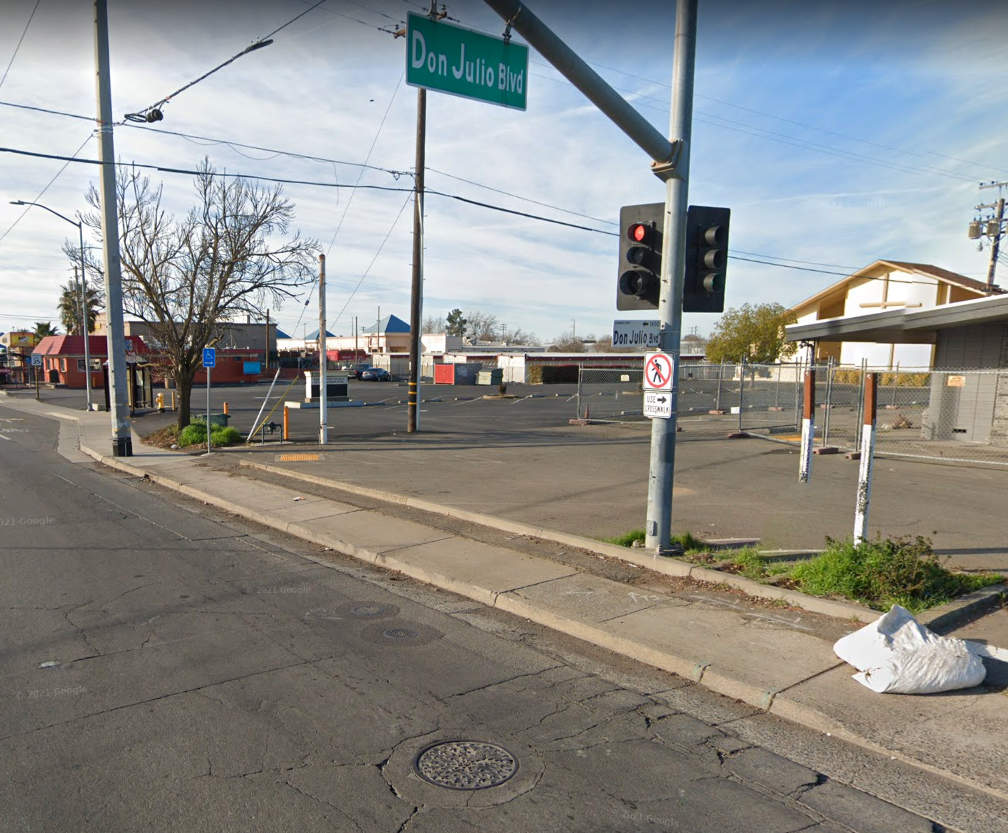 Site of the accident, where the vehicle struck the street vendors 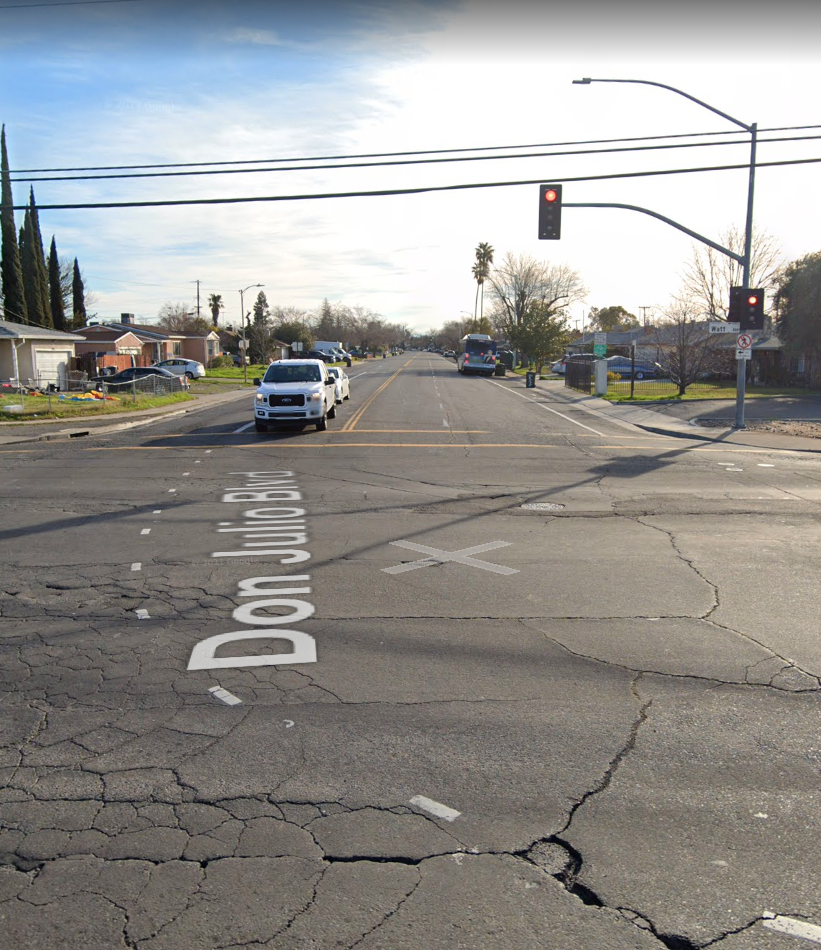