Full disclosure: we really wish we could show 100% compassion for the unhoused residents of our community, but there are times when some of them cross lines that really should not be crossed. This post is about one of those times.

If you have been at Howe and El Camino lately, you may have noticed that some things have changed. Instead of two gas stations, two shopping centers and some commercially-used residences, the intersection now is home to several street vendors, a regular flea market and many resident campers, some of whom occupy their days panhandling on the medians.

Look, we get it: unhoused people don't have a lot of choices. They have to sleep somewhere. The County hasn't exactly distinguished itself as a solver of homeless residents' problems. Still, the public spaces at Howe and El Camino (sidewalks, medians, bike lanes, planting strips, and utility parcels) have been consistently abused. Trash is strewn everywhere. Worse, thanks to the cold weather, the shopping center encampments are now involving bonfires.

Letting street vendors command the sidewalk means people - including kids going to/from school - either have to walk on El Camino, or go around all the cars and walk in the parking lot. Turning a blind eye to the flea market is unfair to the taxpaying brick-and-mortar businesses. And don't get us started on the lasting impression that the intersection makes on potential real estate transactions in the community.

The situation has become disastrous for local businesses, the ones that - unlike the street vendors and flea market entrepreneurs - pay taxes and comply with rules that make business areas viable. One such local business is Donut Star, an iconic local small business that's been around since at least the 1970's. It hasn't helped their business to have people set bonfires near their front door.

What can be done about this situation? Not much, unless the County steps up and redirects some of its homeless money away from cushy consultants to instead actually meeting the housing, medical and social service needs of the unhoused population camping there. (Yeah, like that's going to happen.) It's easy to dismiss those unhoused people as druggies and nutwads. In reality, though, they are all someone's precious child who grew up and fell into a desparate situation. If we ignore their plight, we get bonfires and trash that bring harm to local small businesses. By not engaging, the private property owners are granting consent. All of this is driving the neighbors crazy. This situation is not right. It needs to get fixed. 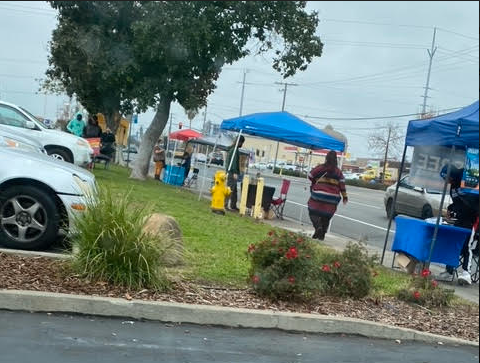 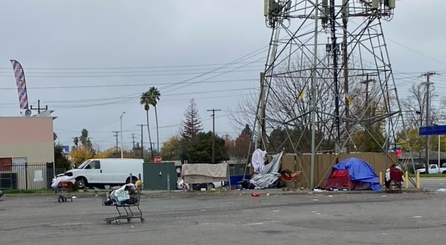 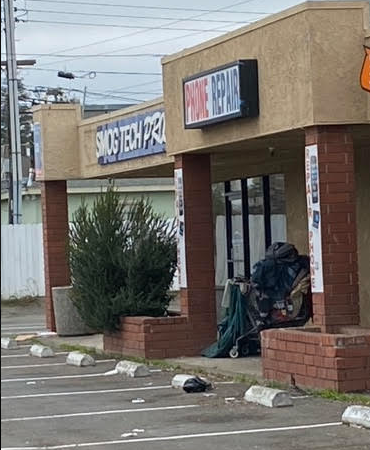 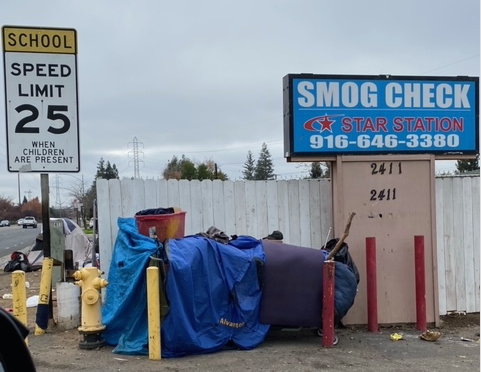 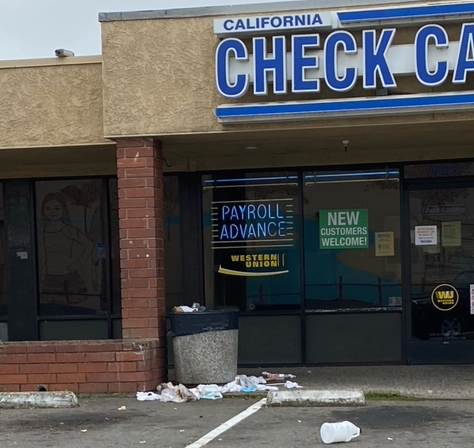