What do you normally think happens on Easter Sunday, during Passover and Ramadan? Is a 10-hour outdoor concert and rave the first thing that comes to mind? Well, that's what the Dubplate Kitchen and Jamaican Restaurant on El Camino near Watt thought would be a good idea. They held their event from 2pm to 12am in their back parking lot (along Balmoral). According to neighbors up to 3 miles away, the music was LOUD: very, very, very LOUD! ...which made it easy to hear the music and the F-word for miles around.

As you might expect, calls were made to the Sheriff's office and emails were sent to Supervisor Desmond's office. And as you might also expect, little or nothing has hapened as a result. The restaurant had a permit, you see, and blahblahblah. Now the angry residents want whoever issued the permit fired. And Nextdoor hopes the angry residents will please stop posting their complaints online. Complaints are also abundant on the restaurant's Facebook page, but Facebook is probably working hard to monetize those posts. Ah, but there's always Yelp, where this 1-star review was posted:

"On Easter Sunday, this restaurant thought it appropriate to hold a day and night long outdoor rave party from 2PM-12AM! It was extremely loud and the noise carried over for miles, disrupting thousands of residents. It was especially disruptive to the many adults and children reporting to work or school Monday morning. Not only that, but the music and crowd had a lot of profanity. This restaurant is definitely not interested in being a decent and respectful member of our community. Given that, I will never give them my business and I'm sure many in our neighborhood won't as well. This is not the way to impress your community."
R.C. from Carmichael on Yelp on 4/18/2022

Ouch! To its credit, the restaurant posted an apology on its Facebook page. We're not sure how effective that apology will be for the many people whose otherwise peaceful Sunday night was upset. But it was a nice gesture for the restaurant to at least acknowlege the problem and seek forgiveness. Now, maybe, it is up to the County to apologize for issuing the permit - for loud music in a residential area until midnight on a Sunday. 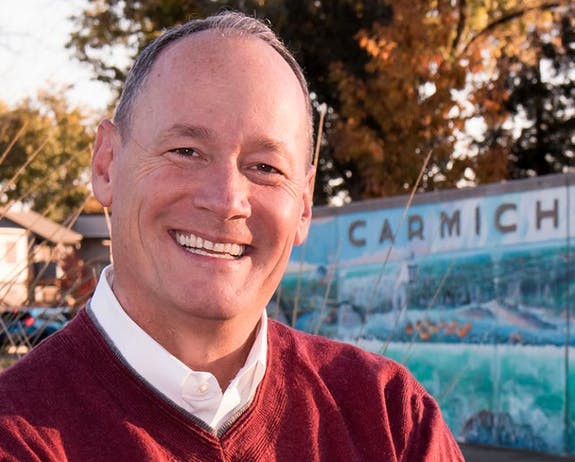 County Supervisor Rich Desmond is clearly concerned about the noisy Sunday night concert. Here is what he has been telling constituents who have contacted his office about it: