The 2020 California Citizens Redistricting Commission is in the midst of defining new state-level electoral districts. It's a tricky process because California, despite adding a lot more people, did not add people as rapidly as some other states. As a result, California is losing a seat in the House of Representatives. And that's forcing a game of musical chairs for the remaining congressional seats. Still, the Commission isn't supposed to be protecting incumbents. It is instead supposed to group communities of like interests while respecting racial equality and the integrity of existing cities. To its credit, the Commission seems to also understand that unincorporated Census Designated Places like Arden Arcade exist. In the past some of our neighborhoods have suffered the abuses of gerrymandering, with the result that residents on one side of the street would have a different member of Congress than their neighbors on the other side of the street.

The Commission has issued draft maps - called "visualizations"  - to help structure public input and discussion. You can find the ones for our area at: https://www.wedrawthelinesca.org/visualizations. As an example, here's a reason why you may wish to submit a comment: Arden Arcade has a Congressional district visualization that groups us with Roseville and Rocklin. How many of our blog followers think Arden Arcade has a lot in common with those South Placer cities? There is also a state assembly district visualization that doesn't burden Arden Arcade with any part of the City of Sacramento, which is the current situation. But other visualizations would include tiny parts of the City of Sacramento, thereby giving undue public policy influence to the behemoth to our west. Did we get your attention? Good! Please make the Commission aware of your opinions. 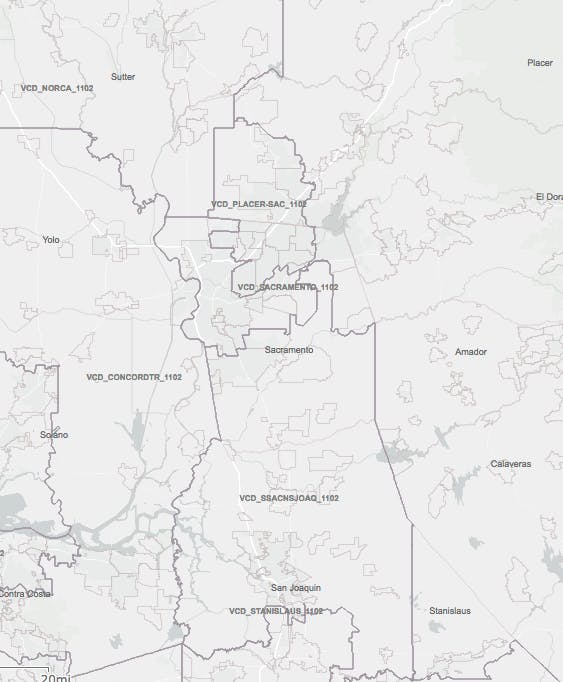 The State's Redistricting Commission has tweaked its "Visualization" map (discussion draft) for our Congressional District 07 in a way that makes our tiny voice in Congress even less important than it would have been based on the prior map. That's right, in the first round of public comments, input other than ours prevailed. The new "visualization" of our Congressional District added more of South…