This week contractors started prep work on the construction of the middle school boondoggle at Creekside. That's the $60M (or $120M+ when you figure in the interest) waste of tax money the 5-member,  lame duck San Juan Unified School District Board approved late last year to build a questionably-needed, large middle school on a too-small, marginal site where the old Creekside Elementary School has been. For the next year and a half, the public will be denied access to the Creekside Nature Area, even though a member of the school board, when approving the project, challenged school staff about maintaining the access (the staff member deceitfully responded about "working with the Park District" on it). When it is all said and done, the job will have enlarged the site's impervious surfaces and regraded the open space (i.e. greater flood hazard), chopped down several large trees that have been there for decades, set the table for miserable traffic conditions in the immediate neighborhood and nearby arterials, and deprived the surrounding area of its only open space. This is happening because the old school board believed it was smarter than you, and because of that, they blissfully ignored just about every single bit of community concern expressed about the project.

The old school board made a discretionary decision to go forward with the project almost a year ago. In doing so, they failed to implement the California Environmental Quality Act (CEQA), a state law that requires disclosure of environmental impacts and public participation in the decision-making process. They tried to cover their tracks by implementing CEQA 5 months later, with a sham analysis that dismissed citizen input, avoided mitigation of impacts and refused to consider any campus plan and building designs other than the one they had previously agreed to with their A&E contractor buddies. They were able to get away with that because violations of CEQA have to be enforced with lawsuits and the school district knew that 1) private money can't hold a candle to tax dollars on hand, 2) the hundred-thousand-aires of West Arden Arcade (we're kind of short on millionaires or billionaires in this neck of the woods) don't have lots of spare cash to spend fighting locked-in political deals, and 3) hardly anyone who lives in the school district knew they were doing it (the few who did know felt the fix was in and they were thus powerless). 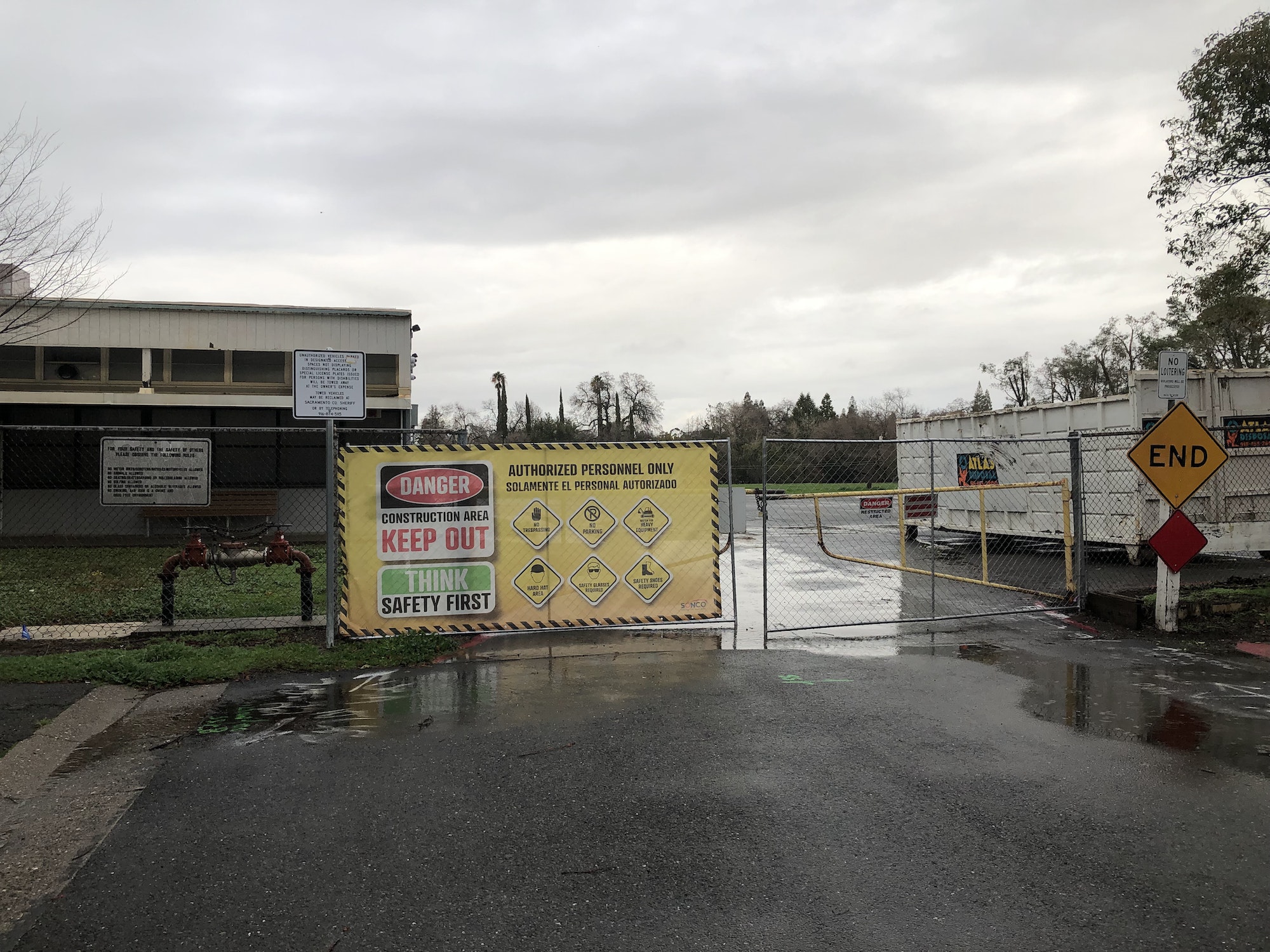 Site fenced off from Kent 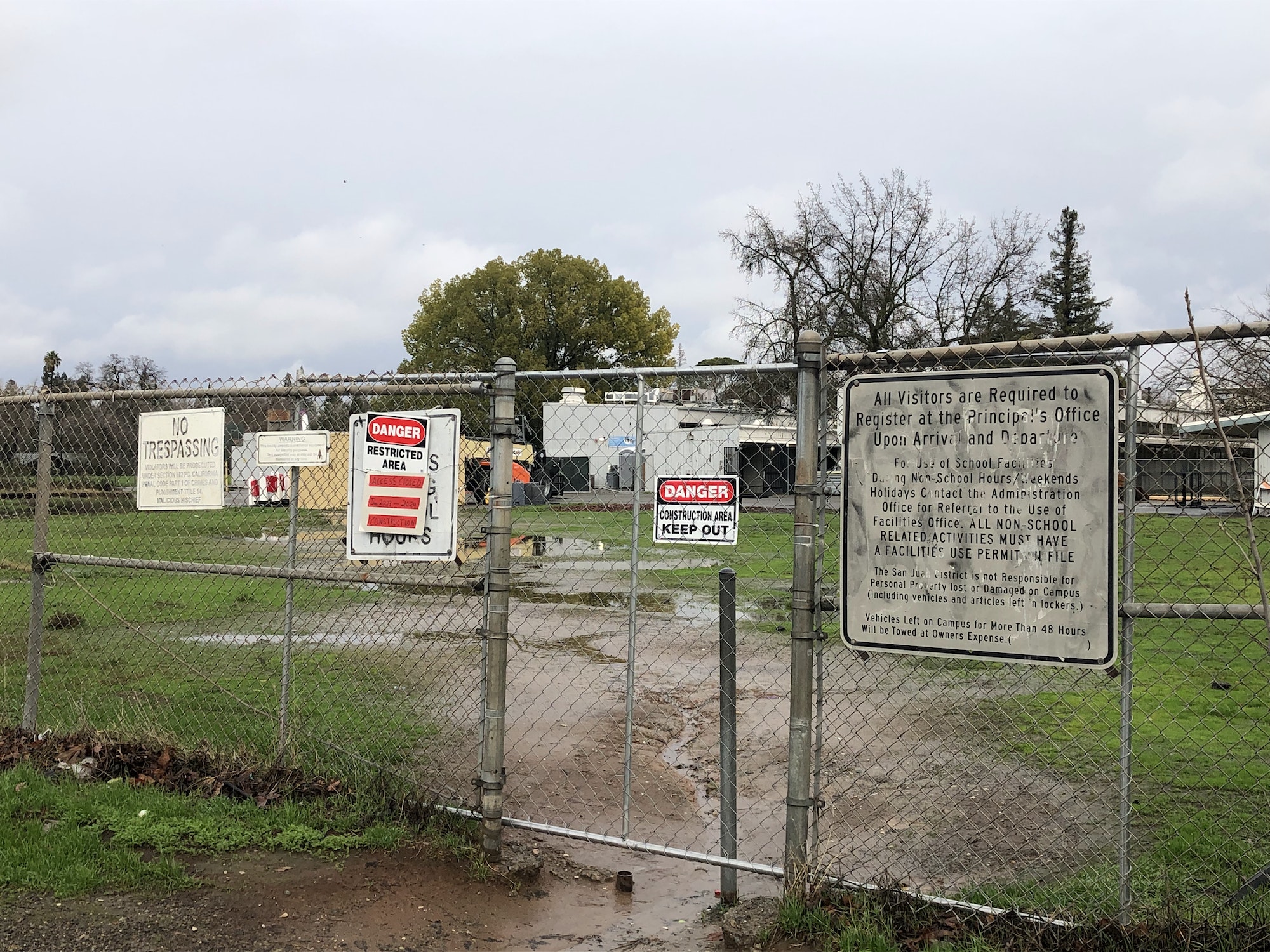 Site fenced off from Belport 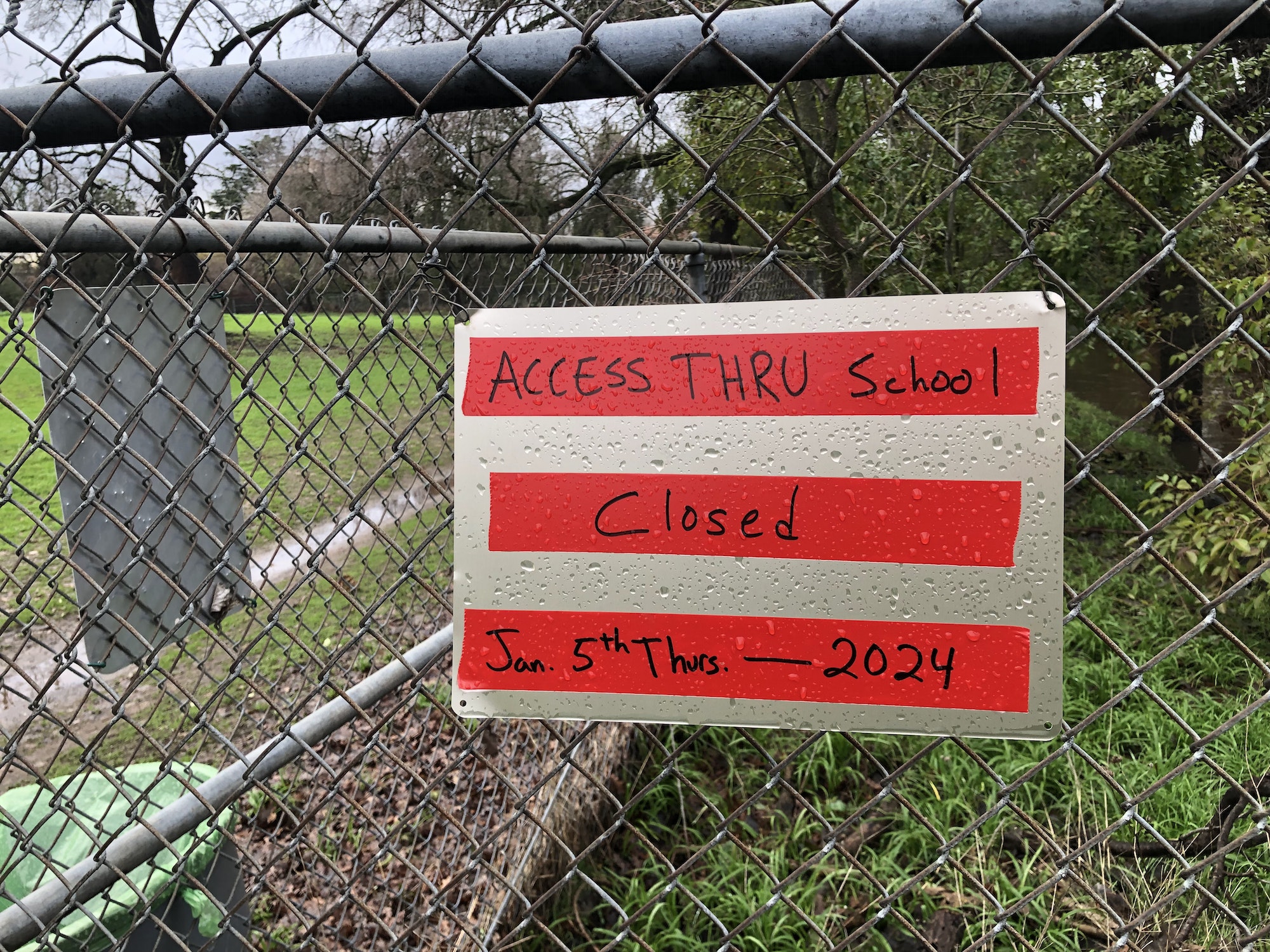 Besides the initial prep work, what's the current status? There are three outstanding questions. One is the unknown outcome of a lawsuit against the project having to do with the flaky financing being used to fund the construction, something called "lease-leaseback". It's allowed under certain circumstances, though not for a project of this significance and, especially, not for projects as open-ended and undefined as this one which lacks necessary working drawings and specifications. That case won't be heard in court until the end of January and is likely to run into February or beyond. Another issue is the resolution of the transportation problems that the new campus will cause. Supervisor Desmond is hoping to have a community meeting about that in a few weeks (after the barn door is closed?). The third uncertainty is whether the school board will get away with using Bond Act money (i.e. your taxes) for a project that was never envisioned by a local school bond, never explained to the taxpaying public as such,  and never made part of the school district's master facilities plan (the blueprint for maintaining and upgrading school facilities).

All right, fine. It's a dumb project with a really bad smell. The community winds up on the losing end. How is that any different from just about any other development project here? It's not, really. The powers that be get what they want and our voiceless community gets burned. But, oh, look, there are pretty new buildings - buildings that, in this case, the children can be proud of. (Hmm...what do you remember about your middle school years: the things you learned or the buildings where you learned those things?) Meanwhile, the dismal academic performance of schools here in the west end of the district keeps rolling along, while overall enrollment in the district continues in the downward direction.

Well, someone needs to say it:  the emperor has no clothes. We're going to stick our neck out and predict that the new campus will wind up as just another failure for the school district, a white elephant that will be closed or repurposed prematurely, though probably long after the used-car salesmen that promoted it have all retired or moved on. Please understand that we would dearly LOVE to be wrong with that prediction. We don't enjoy seeing our community go downhill. We don't like outsiders taking advantage of us. And we truly want only the best for the kids in our community. Wouldn't it be nice if the newly-constituted, 7-member school board would wake up and smell the coffee? We sure hope so. For now, here's a last look at the open space.