In June of 2019 the City of Sacramento began the process of updating its General Plan by holding a meeting at the Arcade Library to ascertain citizen input from its Campus Commons and Swanston Estates (AKA "Arden Arcade") neighborhoods. About 100 people showed up, none of whom lived in the targeted areas. In fact, only two residents of the City of Sacramento (from Midtown) attended and they were both employed in unincorporated Arden Arcade. Everyone else was from unincorporated Arden Arcade. They had come out of fear that their community might be annexed by the City of Sacramento, a concern shared by both proponents and opponents of Arden Arcade cityhood. Representatives from the Country Club Alliance of Neighborhoods and the Advocates for Arden Arcade, also at the meeting, asked if local residents wanted their own meetings to clarify what annexation was and to contrast it with incorporation. Three subsequent meetings were held in 2019 as documented herein.

The Advocates for Arden Arcade have also hosted meeting for the community featuring guest speakers. In 2017, Katherine Borges of the Salida Chamber of Commerce spoke about her community's struggles with Stanislaus County. In 2016 Mayor Jeannie Bruins of Citrus Heights reflected on Citrus Heights' incorporation efforts. Municipal finance expert Michael Coleman and Castro Valley Matters President Michael Kusiak were guest speakers at other metings in 2016. A meeting in 2015 hosted a panel of speakers who had been involved with the Arden Arcade incorporation effort that went to the ballot in 2010. 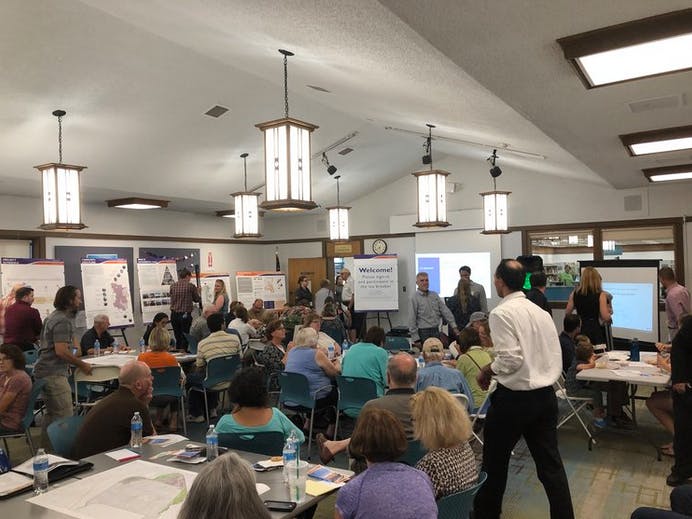 On Monday 6/17 the City of Sacramento held a meeting about updating the City’s General Plan. They hired a consultant, brought burritos and expected to have a warm/fuzzy chit chat with city residents in the neighborhoods that border unincorporated Arden Arcade. About 100 people showed up, but just two were actual city residents (from Midtown, even!) and only 6 people said they worked in the city… 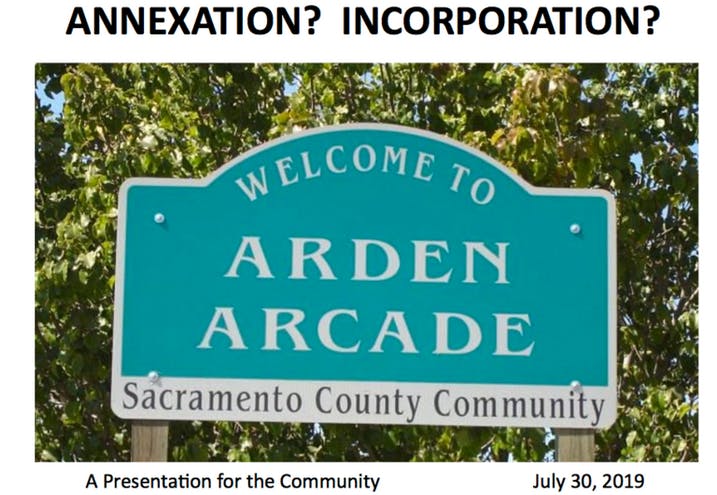 Remember that odd meeting the City of Sacramento held last month to get input from city residents? The one where no one from the intended audience was there? The one where 100 or so unincorporated Arden Arcade residents showed up to tell the City of Sacramento to stay on their own side of the dotted line? A whole lot of people subsequently provided email addresses to ask for a follow-up meeting to… 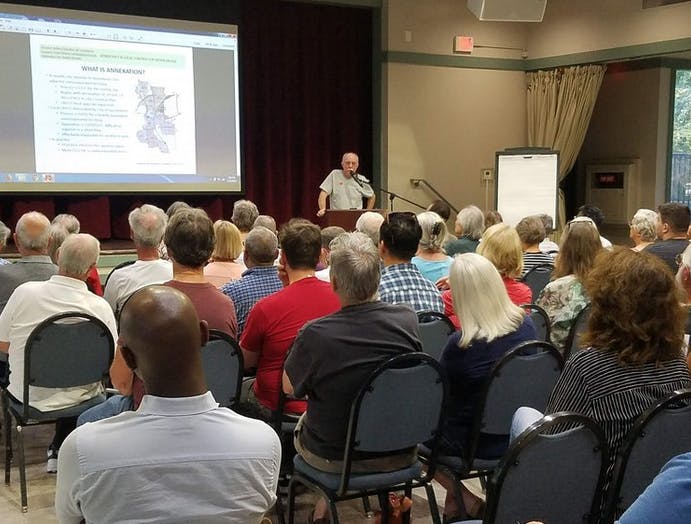 Following up on the bewildering meeting the City of Sacramento held at the Arcade Library, a Community Meeting on Annexation and Incorporation took place last night at the Conzelmann Community Center in Howe Park. The Greater Arden Chamber of Commerce posted about it on their Facebook page this morning, saying: 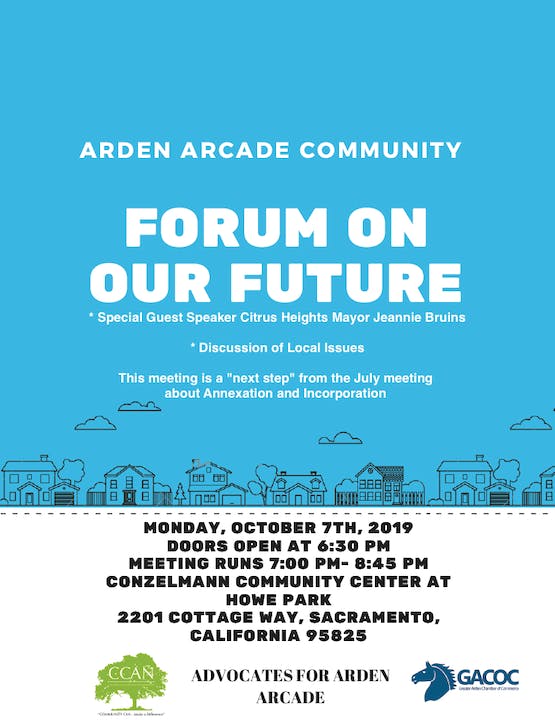 Everyone is invited to another community meeting, to be held on October 7th at Howe Park from 7:00-8:30pm. It follows on the heels of last July’s community meeting about Annexation and Incorporation. This time there will be a guest speaker: Mayor Jeannie Bruins of the City of Citrus Heights, who was one of the city’s “Founding Mothers”. Following her talk there will be an opportunity for people to… 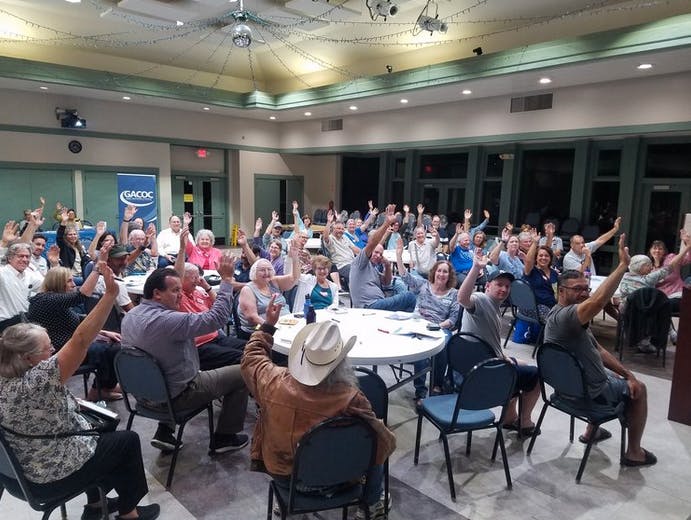 The meeting was well attended. The group heard from Citrus Heights Mayor Jeannie Bruins about how the City succeeded in forming - despite fierce opposition from Sacramento County - and subsequently improved the community while maintaining fiscal prudence despite having to make challenging alimony payments (subsidies) to the County for a quarter century. Now that the alimony period is about to… 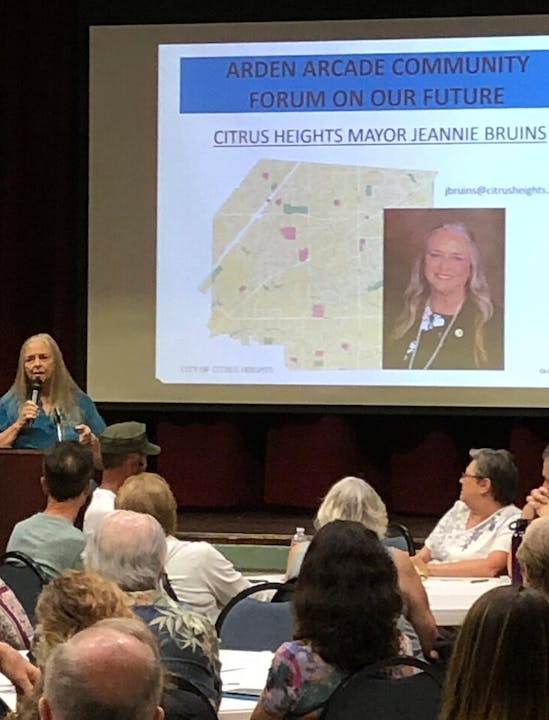 Notes (click on the slides below) from the community meeting on October 7, 2019, including transcriptions of the flip charts from each of the breakout-group tables document the strong consensus for local control in Arden Arcade. Though there were slight differences from sub-area to sub-area, the community members generally agreed that the top 3 issues facing our neighborhoods are: the homeless… 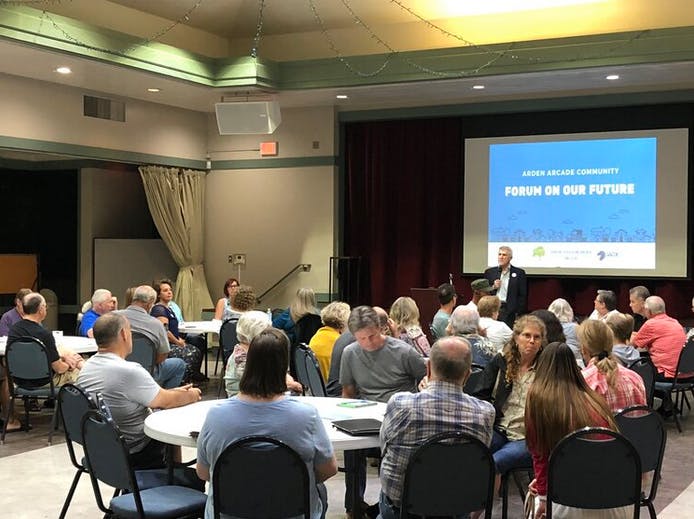 Every now and then Strong Towns hits one out of the park, like they did a few years ago with an essay by Grant Henninger about how to make his hometown a better place. He grew up in a place that was once fresh and new, yet with no sense of community or identity and nothing that made it unique. As years go by, residents and businesses that once chose to locate in those places become disenchanted… 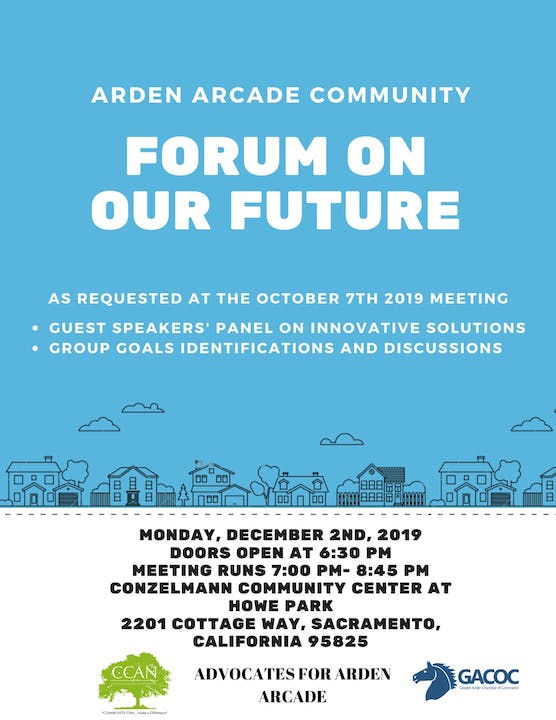 Everyone is invited to another community meeting, to be held on December 2nd at Howe Park from 7:00-8:30pm. The doors will open at 6:30. The meeting was requested by people who came to the Forum on October 7th. As before, the meeting will be co-hosted by the Advocates for Arden Arcade, the Country Club Alliance of Neighborhoods, and the Greater Arden Chamber of Commerce. 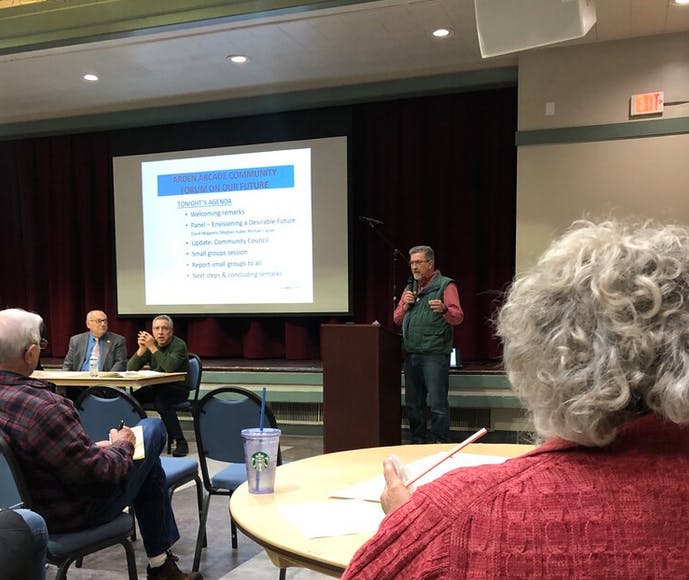 Even though they could have stayed in front of their keyboards ordering stuff on Cyber Monday, local residents came out to Howe Park on Monday evening. December 2nd, for the third in a series of community meetings. The meeting’s theme was “The Vision Thing”, something seriously overlooked by the municipal leaders of our community.

Arden Arcade has been fortunate to have guest speakers at public meetings for the community. Here you will find summaries of their talks.