Since Sacramento County is our community's municipal services provider, the County is responsible for all land use decisions in the community. Here's how the process is supposed to work:

Here is how the process actually works:

The County routinely ignores or skirts around requirements of state planning laws. Enforcement of state planning laws depends on citizen suits, which are dreadfully expensive and generally doomed to failure. Developers typically have relationships with expensive attorneys and the wherewithall to withstand lawsuits, whereas ad hoc citizen groups almost always have difficulty raising money and finding a lawyer. Further, challenges to projects approved in defiance of state laws are inevitably heard by judges who have little or no interest in this area of law. Citizen suits are routinely dismissed as NIMBY (not in my backyard) whining.

On very rare occasions, projects are modified so as to create a "win-win" for all concerned. Across the arc of time, most project approvals create winners (developers) and losers (the public) in compliance with the wishes and dreams of the developer and without regard to the losses that may be suffered by others in the community.  Still, unless citizens "play the game" by responding to invitations for public review and comment at the staff, CPAC, Planning Commission and Board of Supervisor levels, the results could be even worse.

Every now and then there are development projects that don't flow through the County, such as a federal project (levees or the federal building), a state project (like a highway) or a project for which the lead agency is another local government  - an adjacent city's project (e.g. City of Sacramento homeless shelters on our community's boundary) or a school district project. We'll cover those projects within these pages, too. 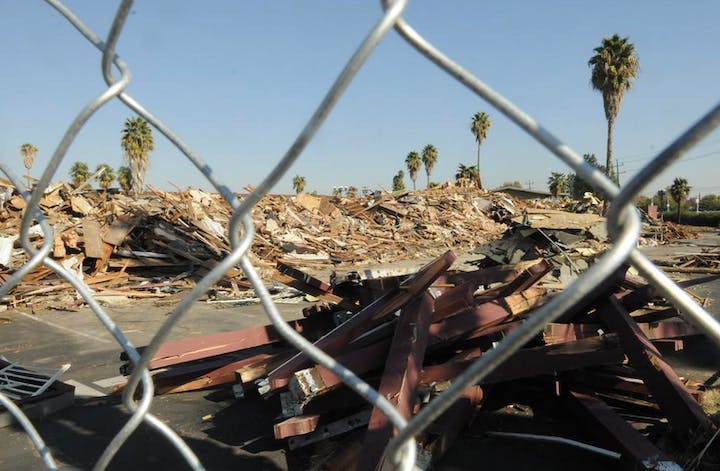 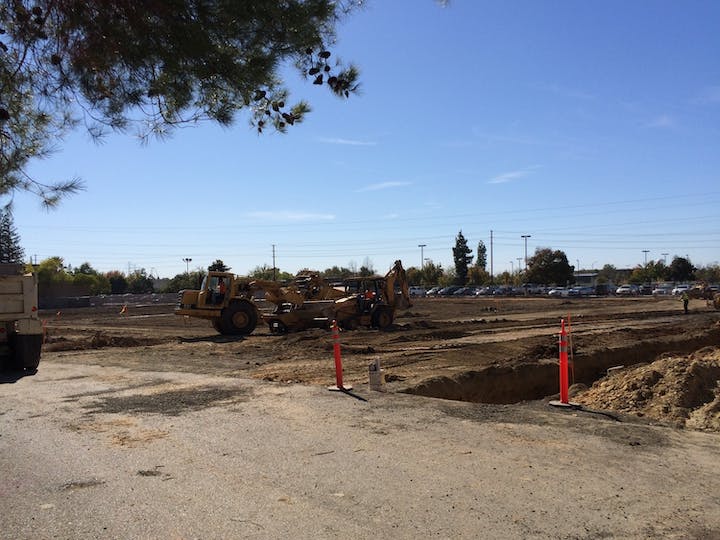 October 21, 2015
The Cinemark Theaters are showing "The Martian", which is a terrific movie that's well worth seeing on a big screen. If you go see it now you will find the remaining theaters in the midst of a construction zone. Much of the main parking lot off Ethan is being graded for the new "big box" theater that will replace the iconic mid-century modern domes. Most people in the region are… 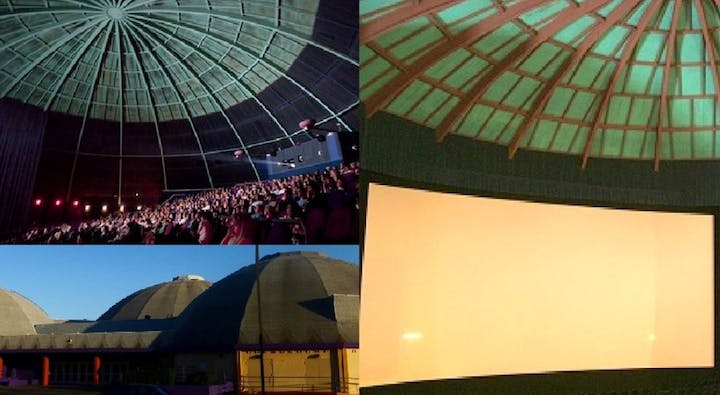 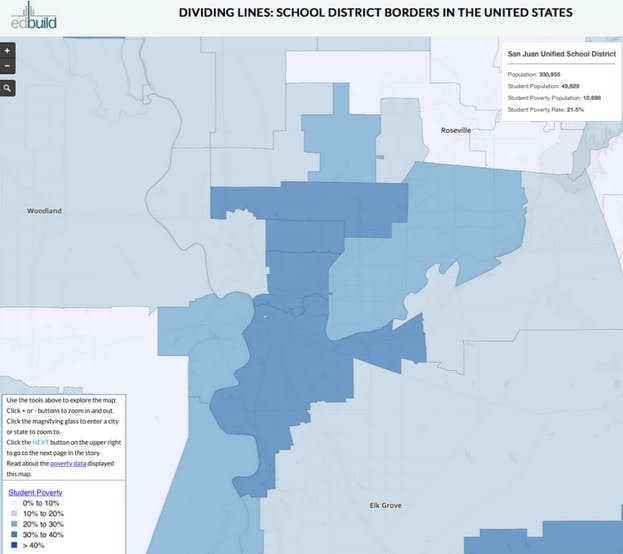 There's a new interactive map at EdBuild (a national non-profit organization concerned with funding inequities in public education) that points out how school district boundaries are "artificial, arbitrary and unnecessary barriers" to opportunity. That's important because the Supreme Court recently upheld "disparate impact" (policies that segregate the poor into specific neighborhoods, even if… 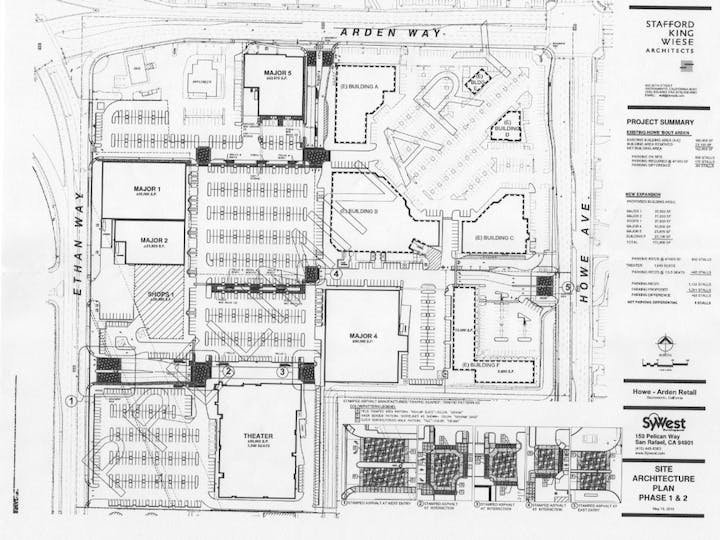 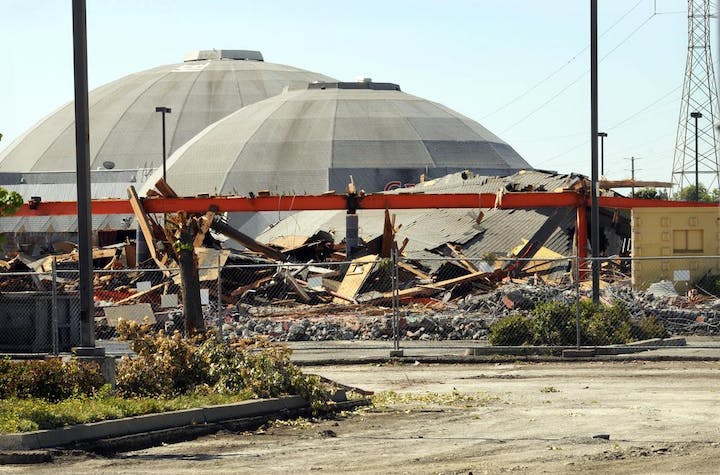 The Sac Business Journal bubbles and gushes over large new retail project at Howe 'bout Arden, noting the project is "in the midst of one of Sacramento's most prominent retail districts" and says the developer is "...walking around on eggshells about this until the approvals are there" HaHaHa, what a joke! Tragically, this "prominent retail area" is part of the Arden Arcade "shooting gallery" (as…

Right around when the Advocates for Arden Arcade organization was formed, the massive apartment complex on Butano (by the curve west of the fire station) was proposed by a developer who is a friend of…

Appointed by the Supervisor. Intended to ascertain community opinion to advise the Planning Commission or, for liquor licenses, the Board of Supervisors. State law says they can be elected. We think…